What an amazing experience to enjoy this fun and informative museum!  The Folklore Museum not only allows you to better understand Tournai, but it is also very interesting.

The Folklore Museum of Tournai is tucked away behind the Grand Place.  It is housed in a 17th Century home with 23 rooms to display artifacts from life in the town over the years.  We had a bit of trouble figuring out where the door to the museum was because we came in the back way where there is a sort of bridge linking the huge home from one side of the street to the other on the second floor.  We assumed, since there is a painted sign on this “bridge” that the entrance would be nearby, but you have to go around the other side and enter through a large wooden door to the red brick building.  The truth is that you would never expect such a huge museum dedicated to the Folklore of a town like Tournai (whose main claim to fame is their Cathedral). 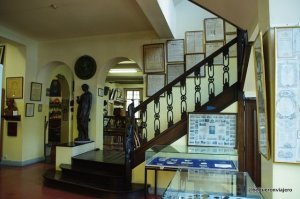 Upon crossing the threshold of the museum, we found ourselves in a small vestibule with three doors.  One lead to a small exhibit with a mannequin engaged in some sort of craft that looked like a cross between working a printing press and weaving fabric.  The second door was to the patio of the house and a man stood in the doorway smoking a cigarette.  He pointed to the third option, which was the official entrance to the museum.  The woman took our back packs and kept them at the desk, and we set about exploring the museum´s treasures and oddities.

One of the first things we realized about this museum was that the people who put it together really like to use mannequins placed in traditional roles and doing various jobs.  We rounded the corner and hard at work were the shoemaker, then came the ironsmith, and further on our route were the mannequins frighteningly dressed as carnival goers, the french fry vendor, the pharmacist, teacher, nun in a confessional, ladies in mourning in a kitchen, and more.  I can´t tell you the number of times I turned around and was startled by yet another scene from daily life in years gone by.  Don´t worry, though, these mannequins are nothing like the eerily lifelike wax figures I´ve seen in the past. Although they might startle you, each one is distinctly not real. 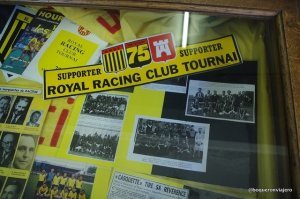 Other displays included the typical things that you might find in any folkloric museum such as old money and coins, books, documents, and artwork.  I particularly liked the old posters and masks in the Carnival exhibit.  At one point, we even saw a bicycle fitted to be a mobile pastry shop emblazoned with the words “patisserie royale.” Hanging above a staircase was a miniature theater with five marionettes depicting the royal family.  In another room were old musical instruments and souvineers from local sporting events.  Basically every aspect of daily life and cultural interest was covered.  It was really amazing.

We learned, by the end of our visit, that the house had once been home to Gabrielle Petit, who was born in Tournai in 1893.  When WWI broke out, she was living in Brussels and joined the Belgian Red Cross.  However, in 1914 she helped her wounded soldier fiancé cross the border into the Netherlands and passed along information to the British Secret Service. This was the beginning of her career as a spy.  In addition to her espionage activities, Petit actively distributed the underground newspaper La libre Belgique.  She was ultimately denounced and arrested by the Germans, and was executed in 1916.  But she became a national hero in Belgium thanks to her efforts in the war.

We ruskommend a visit to the Folklore Museum in Tournai with 4 boquerones mainly due to the fact that you will learn a lot about local culture and customs in an eclectic environment that is reminiscent of picking through your grandparent´s attic storage space.  There are so many treasures in this extensive museum we found ourselves constantly being surprised and intrigued as much by the house itself (which is huge!) as by the artifacts inside.  The perfect way to spend a late afternoon and work up the appetite for a waffle in the Grand Place. **We were invited to visit the museum by The Belgium Tourism Office. In no way were we swayed to write a positive review. As always, all opinions are our own.

Information about The Folklore Museum of Tournai

Ruskommendation for The Folklore Museum of Tournai: 4 boquerones 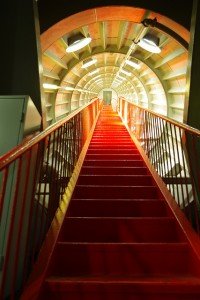 What to see in Brussels : The Atomium 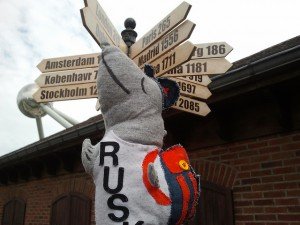 Travel to Mons: A route around the European Capital of Culture 2015