We loved Sachsenhäuser Warte Restaurant, not only for the typical food, but also for the charming atmosphere 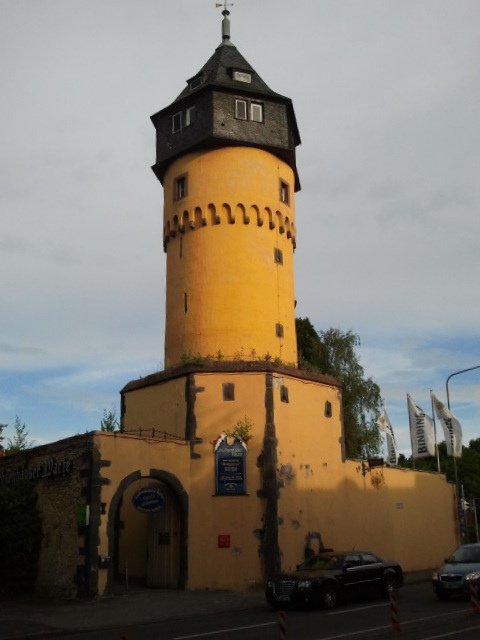 The restaurant SachsenhäuserWarte is an historical and unique building from 18th century. In 1767 it was rebuilt and made bigger, and after resisting the attacks of the Second World War, it became the restaurant that know today. It has a 400 person capacity and parking for almost 150 people. There´s no doubt that I loved this place, not only for the typical food, but also for the charming atmosphere. 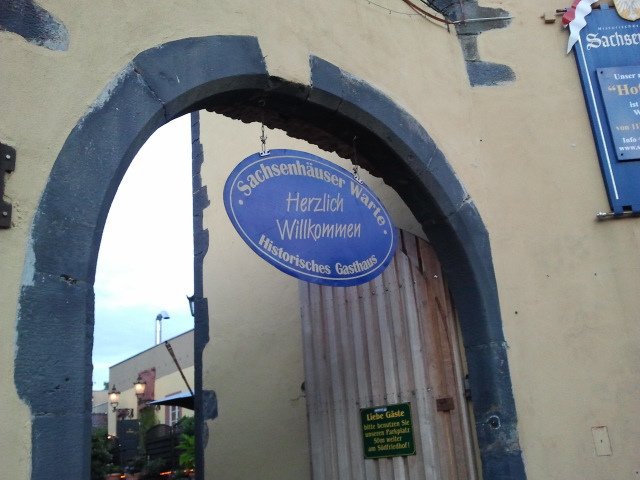 It is located outside the city of Frankfurt, almost a half hour walking distance from the main center. After arriving there you will see a yellow tower that remindedme that I was going to enter a medieval fortress. Stepping through the door there is a big patio, with different areas and decorations, with a capacity of 300 people. Surrounded by families and people there after work having a beer, we started to have dinner at six fifteen give or take. 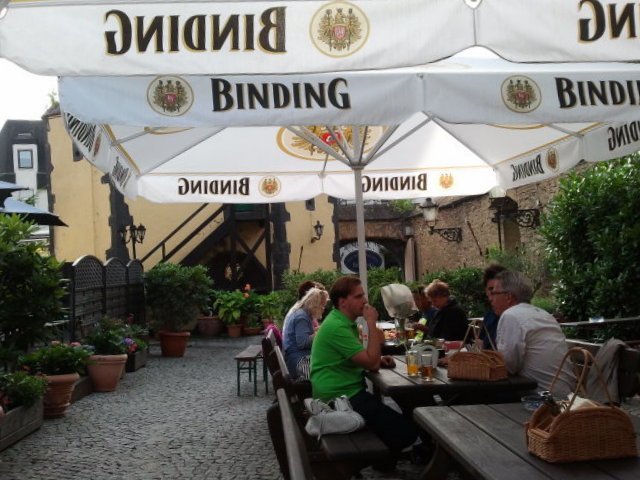 Before ordering our food, in order to refresh ourselves and whet our appetite, we asked for some wheat beers called Schöfferhofer which are made in a factory close to the restaurant. The choice of food was more difficult, because, to be perfectly honest, I don´t speak a word of German and I also wanted to try everything I saw. In the beginning I thought that they wanted to order a salad to share, but they really wanted to order a different dish for each person (thank God they ate dinner early). 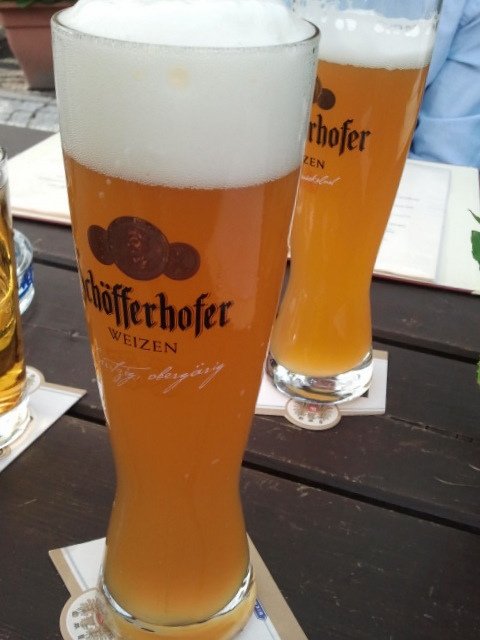 The starters were different fresh salads with generous servings. I asked a salad with tomato, mozzarella and fresh basil. I also could try other salads: one with yogurt sauce, tomato, cucumber, grilled turkey and Riesling and other one dressed with wine from Jerez. On the menu there were more options with ingredients that didn´t sound familiar to me, but they seemed to be good combinations. 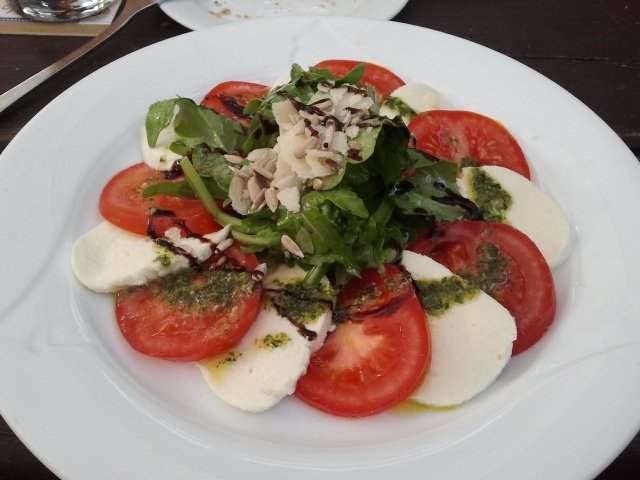 The main dish was a difficult choice because I had to decide between typical dishes from Frankfurt and other parts of Germany, the famous knuckle or sausages. Finally I chose a dish called Tafelspitz with two sauces, boiled potatoes and a salad. It is typical Frankfurt cuisine that people ruskommended for me to try. A curious detail that I realized, apart from the large quantity of beer that they drink, was that they add a lot of sauce to all the dishes. Even some foods that could be healthy and yummy, were doused in sauce. For the dessert we had a good tiramisu and finally we another beer. 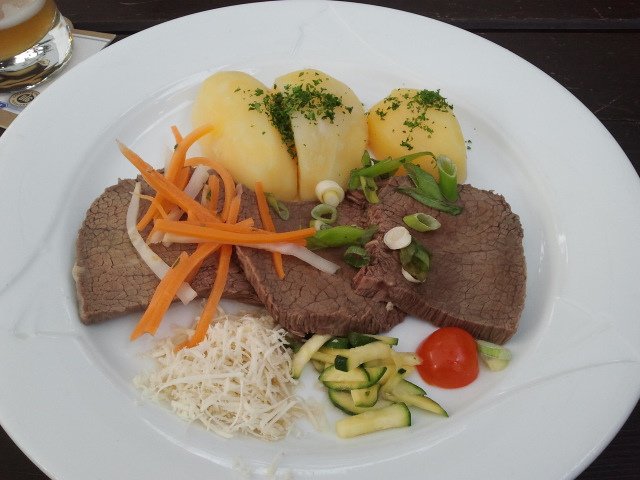 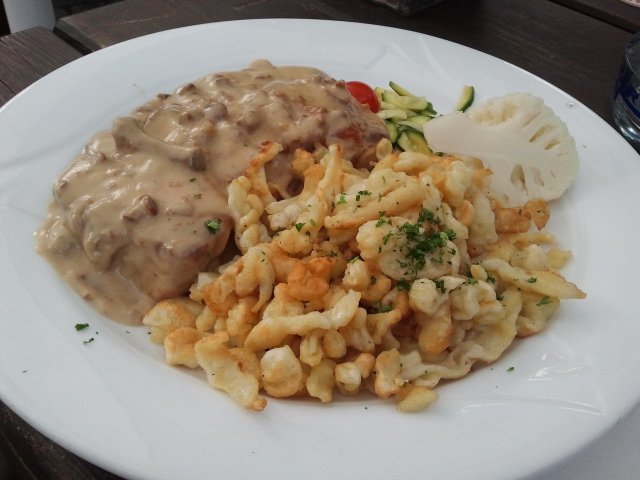 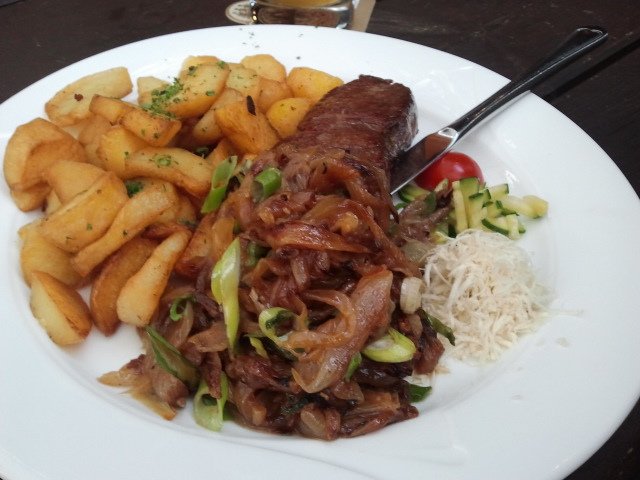 I must admit that the weather was really nice, so to be outside on the patio was great. I don’t know if during the year there would be a lot of days for people to enjoy eating outside. The service was very good and they understood English as well as German with no problem. The price of the dishes was between 8 and 15 euros and the beer between 3 and 5 euros. We ruskommend the restaurant Sachsenhäuser Warte with 4 boquerones and if you are in Frankfurt don’t miss this restaurant, you will not be sorry! 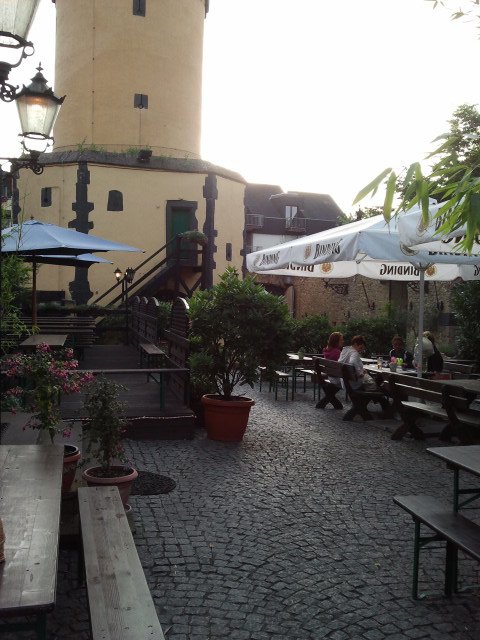 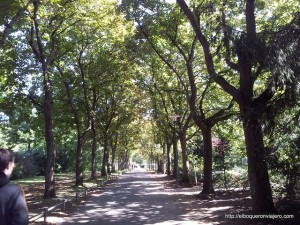