Vatican City is a landlocked sovereign European city-state located inside the city of Rome. We were amazed with the artistic and architectural richness we found (and with Rusko’s help you will also see)! During our visit, we saw: Saint Peter’s Square, Peter’s Basilica and the Dome, The Vatican Gardens, The Vatican Museums and the Sistine Chapel.

We started walking through the majestic Via della Conciliazione, a commercial and residential street ordered to build by Mussolini in 1936, which proved provocative because it necessitated moving out the people who lived there. This street begins in the Castle of Saint Angelo. The line of buildings and stores located there, prepares you to enter one of the most sumptuous and detailed plazas in Rome: Saint Peter’s Square(Piazza San Pietro). It is interesting to start on this avenue. By entering the plaza here, the Basilica is in front of you, allowing you to contemplate its great beauty.

After being in Saint Peter’s Square the eyes wander around each corner of the plaza. Its columns, the obelisk, its sculptures and the great Basilica which presides over it.Saint Peter’s Square, one of the most important art works by Bernini, the architect, is surrounded by columns with 140 different saints above. It is impressive to observe the detail on each one of these columns, all combining to create harmony and perfection. In the center there is a giant obelisk of 25 meters, brought from a Roman circus in Egypt. It is here where the Pope officiates over the many masses seen on TV.

Luckily, we did not have to wait to enter Saint Peter’s Basilica (Basilica Sancti Petri). After going in, my mind was not able to absorb the high artistic and architectural beauty that I found inside. It is difficult to imagine how a worship space can concentrate so many things in each and every corner. We would need numerous articles to completely describe the Basilica. There are many documents on the Internet if you are interested. I would like to touch on some of the things that I thought were noteworthy.

The first curiosity, is based on the popular belief that Peter’s Basilica is not the Cathedral of Rome, but the Archibasilica Saint John of Letran. On the other hand, the Vatican Caves are under the Basilica and it is where all the Popes, even Saint Peter, are buried (the entrance is for free). Below Saint Peter’s tomb there is a bronzed macchina (I learned what it was that day) which marked the place of the saint. In front of it, there is a High Altar with a pigeon presiding and marking the beginning of a curious path with a representation of all the basilicas in the world, with the proportional distance they are from Rome, which is in the center surrounded by fences and with different sizes circles, representing the various basilicas.

The dome and Vatican Gardens

Finally, in the Basilica, it is well worth your time to go up into the dome and enjoy a marvelous panoramic view of Rome. It is possible to walk the entire way up into the dome or to ride for a little bit in the elevator (2 euros for saving 200 stairs, 7 euros instead 5 euros). When we arrived at the top, we literally walked around the dome. The views were spectacular from the look out points and we could observe from yet another perspective the magnificence of Rome. Apart from the view outside to Rome, it is also possible to see inside the Basilica – truly impressive. We left the Basilica and then visited the Vatican Gardens, walking through nature. We did not consider the gardens very special. They could just as well be appreciated from the dome.

The Vatican Museums and the Sistine Chapel

To top it all off, we visited the premier place in the Vatican (which was reflected in the price): The Vatican Museums. Our experience visiting them was a mix of sensations because we started the visit running under the rain in order to find an ATM. Strange as it may seem, they do not accept credit cards and everyone must pay with cash. I would ruskommend to pay 5 more euros and buy the ticket on the Internet (16 euros at the entrance and 20 on Internet). This way you can also avoid hours and hours of waiting to get in.

We can start a debate here, is it worth it or not to pay for entering? My opinion is that if you are really interested in the museums or you really want to see the Sistine Chapel, it is worth the visit. However if you prefer to see and spend the money on other things in the city, you will have many things to choose from. The quantity of relics and objects (even sacked from Egypt) were impressive and each room is a museum in itself. The Sistine Chapel is at the end of the Museums and it is simply spectacular. There are benches for sitting down and calmly seeing all the details (with no photos). At this moment our eyes were drawn immediately to “The Creation of Adam“, the most well-known image of the fresco.

In summary, there is no doubt that Saint Peter’s Square and the Basilica deserve a visit, especially since they are free. We ruskommend to go up into the dome, but you must be on shape or take it at a slow pace. Finally, the Sistine Chapel and the Vatican Museums are worth it if you have the time, but if you decide not to visit, Rusko will not be mad. We ruskommend the visit to the Vatican City with 5 boquerones because of its artistic and historic value. Just be sure to clear your mind so you will be able to absorb the infinite details and beauty you will see there! 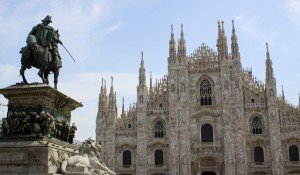 Things to Do in Milán, an Italian City That Goes Beyond Fashion 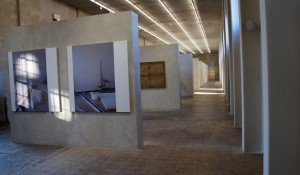 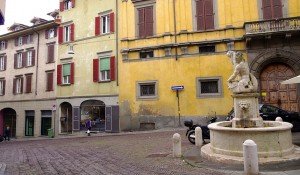