Contact Info for The Museum of the City of New York

The Museum of the City of New York, located near Central Park, is an interesting museum because of its curiosities, the history shown and things you can learn about the Big Apple

Just as I said when I lived in Madrid and I wrote about the Museum of the City of Madrid (which is now closed), I think it is very important to know the history and the past of the city where you live. Since I now live in New York, I thought it would be interesting to know a little bit more about how the city has come to be, how it has been transformed over the years and how it became one of the most visited and most cosmopolitan cities in the world (in the company of London and a few others). After having lived here for a year, I took advantage of a free Saturday afternoon and went to visit the Museum of the City of New York. The Museum of the City of New York costs $10 for adults, and is located on Fifth Avenue between 103rd and 104th Streets. You can get there by line 6 on the subway, the 103rd Street stop. It was founded in 1923 by Henry Collins Brown in what is now the mayoral residence (Gracie Mansion), and was moved in 1932 to its current location. I love the old buildings on the Upper West Side, buildings that preserve some of those ostentatious details from the time when these stately homes were built. With views of Central Park and close to “Museum Mile” and the Museo del Barrio, it is worth your trip.

The museum isn’t very big and you can easily visit all the exhibits in about one and a half to two hours depending on how much you want to delve into the history and information presented. Some of the exhibits were under construction when I visited, others were only temporary exhibits. Among my favorites, however, was an exhibit about graffiti “City as Canvas.” An artist from the East Village, Martin Wrong, collected hundreds of works of graffiti for the exhibit. In addition to enjoying this collection, it invites you to reflect about the eternal debate: “Graffiti: vandalism or art?”

But, without a doubt, my favorite was a gallery called “Timescapes”. Here, every half hour, there is a 25 minute presentation with images, sound and video that show the evolution and the ways that New York has changed. It was impressive and full of interesting facts! For example, I learned that the the meaning for the names of several areas of the city, how New York expanded until it was considered to be the center of the business world, and how people came to live in areas that are farther flung including Long Island, Queens or The Bronx.

Although it may not be the most important museum in the city, it is one that is interesting and worth a visit to learn more about the city of New York. If you enjoy history, you will definitely love this museum. In summary, it is a center where yu can learn about the history of New York city through galleries, stories and works of art. We ruskommend a visit to the Museum of the City of New York with 4 boquerones. Information about The Museum of the City of New York

Ruskommendation for The Museum of the City of New York: 4 boquerones 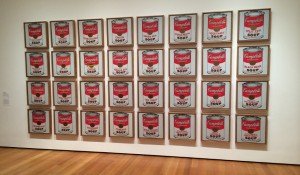 Is New York’s MoMA really worth the price of admission? 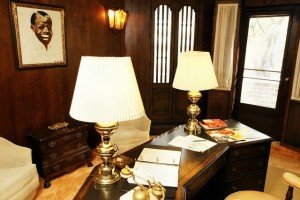 The MET and the Cloisters, two impressive art collections that are connected