On his way back from a visit to Connecticut, Rusko decided to stop by Storm King Art Center. This outdoor art gallery is home to various sculptures set in the beautiful hills of Storm King Mountain near Newburgh New York, about 50 miles North of New York City. The center was founded in 1960 as a public nonprofit museum. In 1972, the center began its permanent collection of large sculptures. The works of art are always chosen with regard for the site as well as the Storm King landscape. Some of the artists on display include David Smith, Alexander Calder, Sol LeWitt, Henry Moore, Louise Nevelson and Isamu Noguchi.

It is possible to tour the grounds via bicycle, and there is a little stand where you can rent a bike. Another option is to go on foot, but be careful of the bugs! Lastly, there is a tram that leaves from the visitor´s center and will take you around to the major works while a guide explains what you are seeing.

Rusko decided to go to the visitor´s center first and get a map! I would recommend this option because there are a variety of sculptures on the hill near the visitor´s center and you can begin your visit there. One of the most striking aspects of the Storm King Art Center is the fact that it is set in a gorgeous landscape! The Storm King property is about 80 acres of open fields that are managed with native grasses, fields, trees, and even a lake. The plants are native to the area and meadows where cows used to graze have been returned to their natural state with wild flowers and butterflies all over the place. The contrast between the metal sculptures and the natural landscape is quite impressive.

After seeing the sculptures near the visitor´s center, we took the tram to see as much as possible of the museum. If we had had more time, it would have been great to hop on and off the tram or even grab a picnic lunch at the Storm King Café. The day we went, the soup of the day was Gazpacho! ¡Olé!

One of Rusko´s favorite pieces was “Gazebo for two Anarchists: Gabriella Antolini and Alberto Antolini”, 1952. This was a structure that had two small huts connected by a little white bridge. The public was invited to go sit in the gazebo and participate in the art. We sat in the chairs located on either end, and the truth is the perspective from inside invited your creative spirit to come out. Perhaps we are all have a bit of hidden anarchy.

Another favorite was entitled “Spheres” by Grace Knowlton, 1985. These were boulder-like sculptures located within the trees as if imitating a spherical stone-henge. It was a confabulation of invisible oracles or whatever your imagination conjured up in the quiet woods of New York State. And lastly Rusko enjoyed a moving sculpture by George Cuttis called “Sea Change” from 1996. These were two metal poles that latterly danced in the middle of a clearing. The poles were curved at the top and rotated in such a way that as you walked around the sculpture the view continued to change and grow with the shadows and light accents.

There are too many sculptures to mention individually, but Rusko ruskommends Storm King Art Center with 5 boquerones. It was a beautiful space outdoors, and as the seasons change, the landscape also changes and the art experience would be different every time! 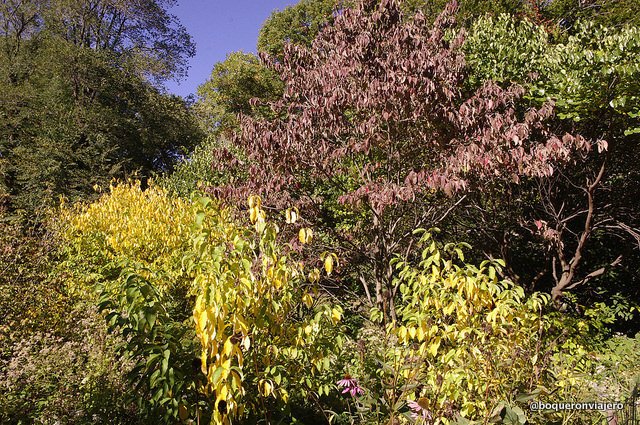 New York
Central Park in the fall, a multitude of colors and out-of-the-way places 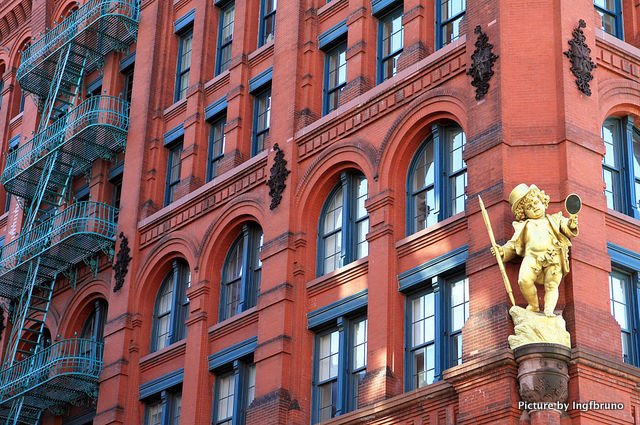 New York
The charms of SoHo New York. A walk through the history and architecture