Unique places in Granada : The Albayzín 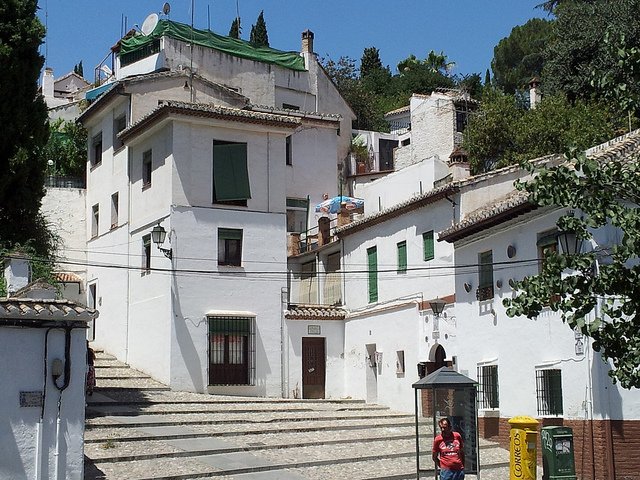 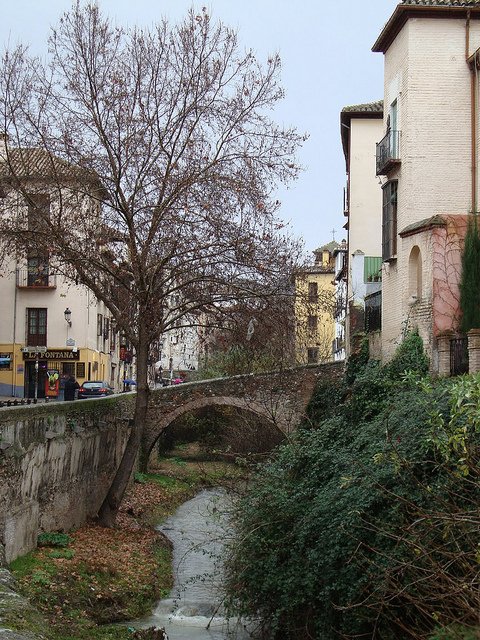 Granada is one of those cities that bewitches and beguiles with its streets that are so full of history and culture. And, while many people might consider the Alhambra the most important monuments of the city (and its true, the Alhambra is amazing and gorgeous, and you really should make a point to visit it); the area we most love in Granada is the Albaicín (Albayzín). This is the neighborhood built into the hillside, full of twisting cobblestone roads, staircases that lead you to homes where families have lived for centuries, with amazing views of the Alhambra from afar. 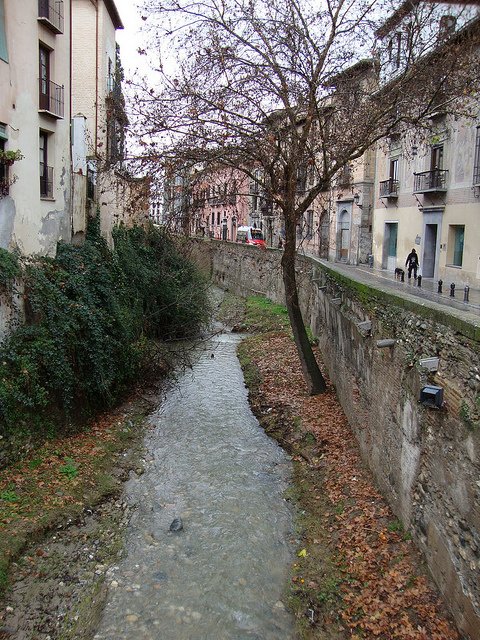 As you set off down the Calle Elvira, off the Plaza Nueva, you might start to wonder what ever possessed someone to build their house so far up the hill, and to walk the steep path on a regular basis. The Albaicín, despite the steep climb, is actually one of the oldest areas settled by Muslims in Granada, along with the Alhambra, the Realejo and the Arrabal de Bib-Arrambla. There is evidence that as early as 756 there were Muslims living in the Iberian Peninsula and that they were concentrated in the area of the Albaicín and the Alhambra. 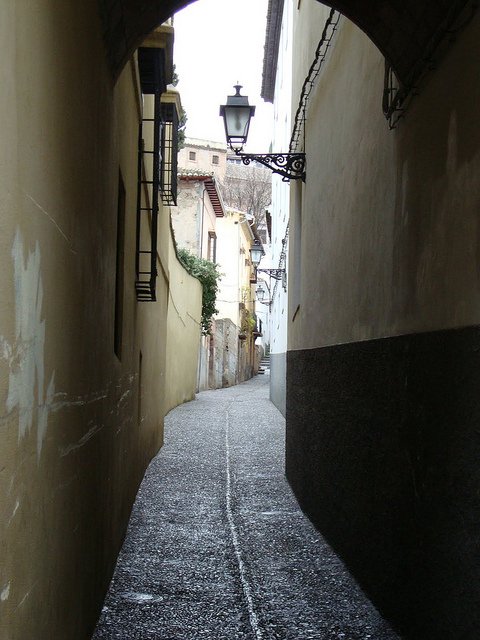 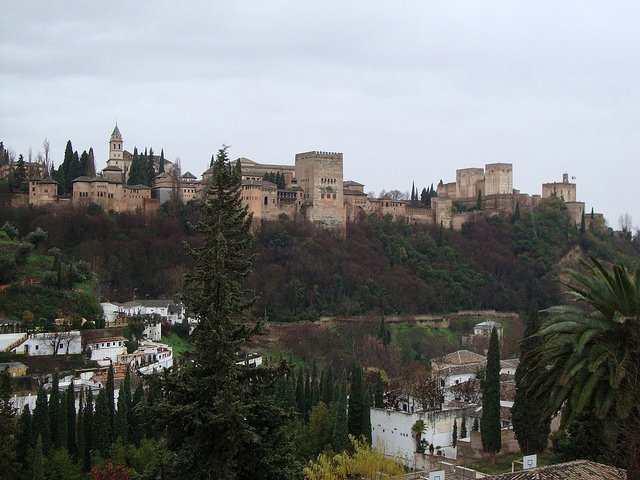 The Alhambra from Camino Sacromonte

As far as the strange sounding name “Albaicín,” people have a few different ideas, but one theory is that it comes from the arabal-bayyāzīn, which when pronounced with the accent in Granada became Albaicín, but since there are other neighborhoods in Andalucia with the same name, the only thing people can really agree on is that an “albaicín” is always a neighborhood located high up, on a hill. The people that live in these neighborhoods also tend to be, logically, marginalized from the rest of the city. While in the 21st century, this may be less true, in the Middle Ages you can certainly see how living outside the city walls on the hillside was not the prime pick for real estate. 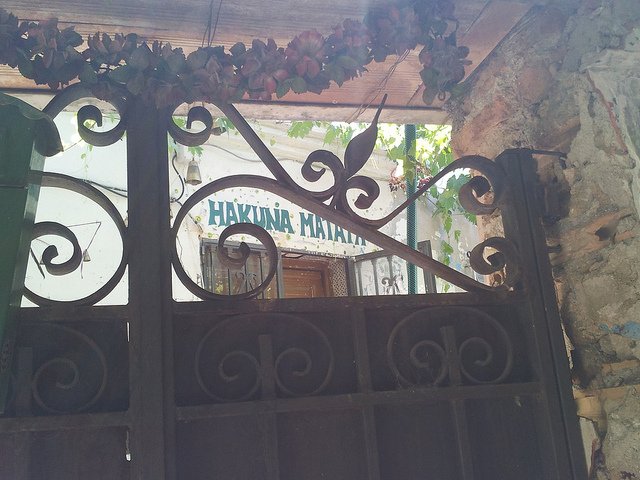 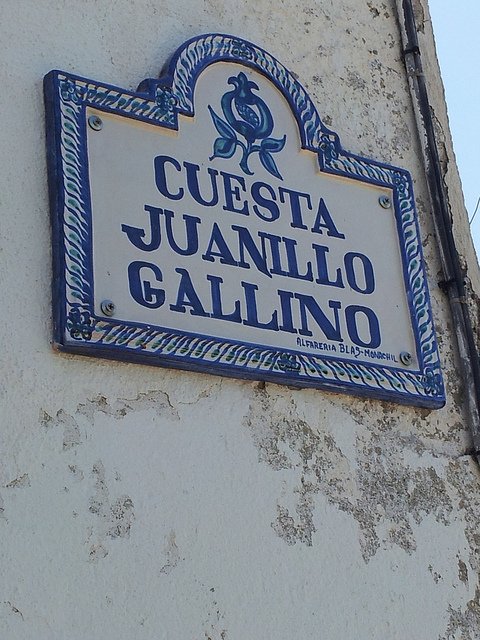 The neighborhood had most of its influence during the period of the Nazari´s (the last Muslim dynasty in Granada reigning from 1238-1492).The area still maintains the same structure in terms of an intricate web of narrow streets that spread out from the uppermost part (the Church of Saint Nicholas) down to the River Darro and Elvira Street. 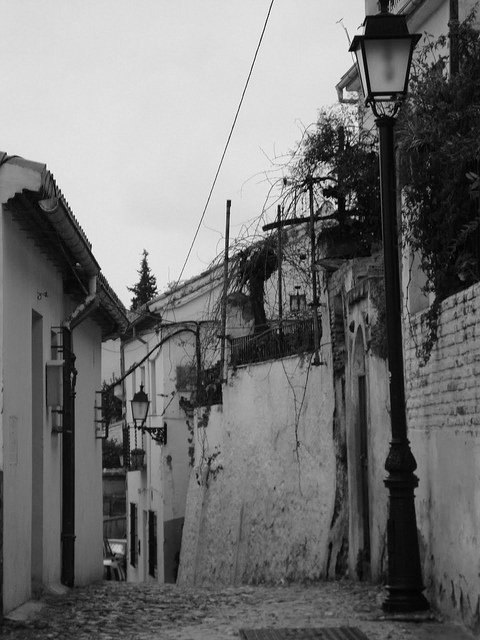 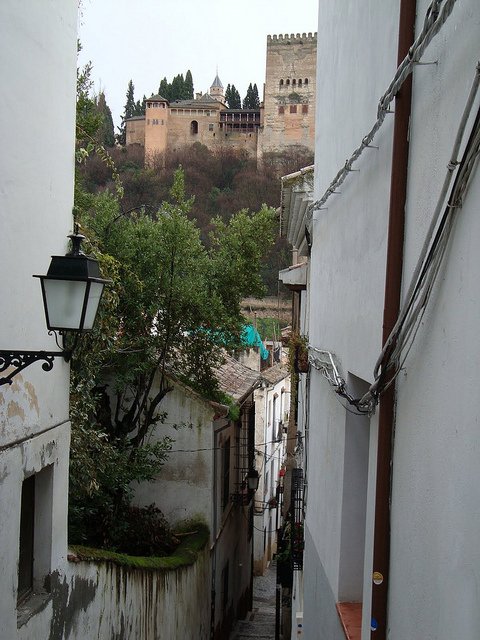 The typical houses that you see are done in a style called “el Carmen” which is basically a high wall separating the house and a small garden from the actual street. Another characteristic of the neighborhood is its canal and water distribution system which relied mainly on rainwater collection, and was established in the time of Muslim rule, although some of these rainwater devices are still in use. 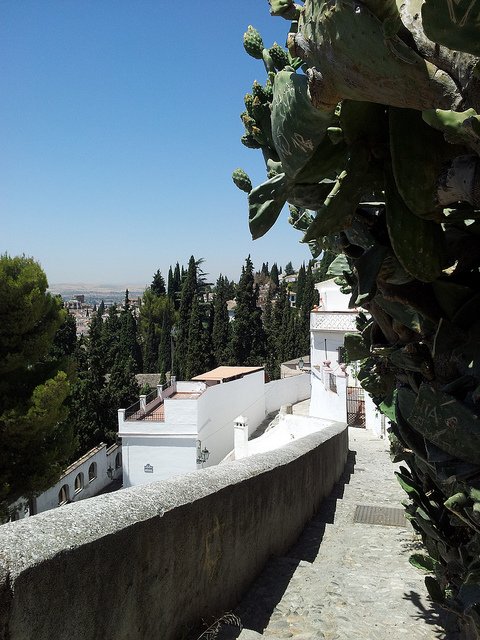 When you visit Granada, the Albaicín is one of the areas that you really can´t miss. These streets transport you to a different time and place, before Granada was a tourist hot spot, before the “Alhambra Bus” was around to drive visitors up the hill to get the best photograph of the famous palace. The Albaicín preserves the spirit and the romance of Granada´s past, working its spell on anyone who lingers in its streets. We ruskommend The Albayzín with 5 boquerones. 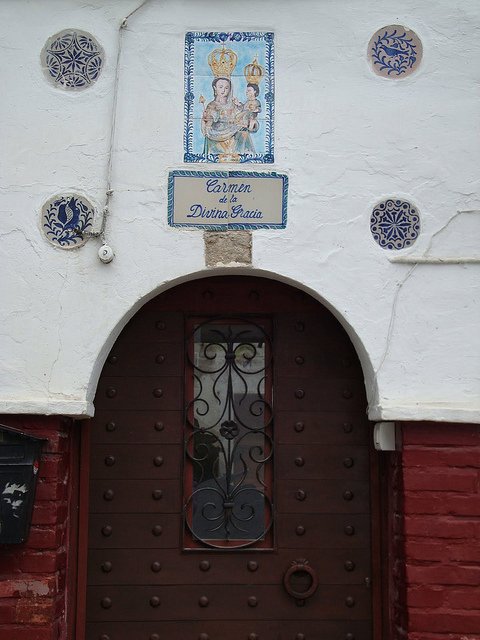 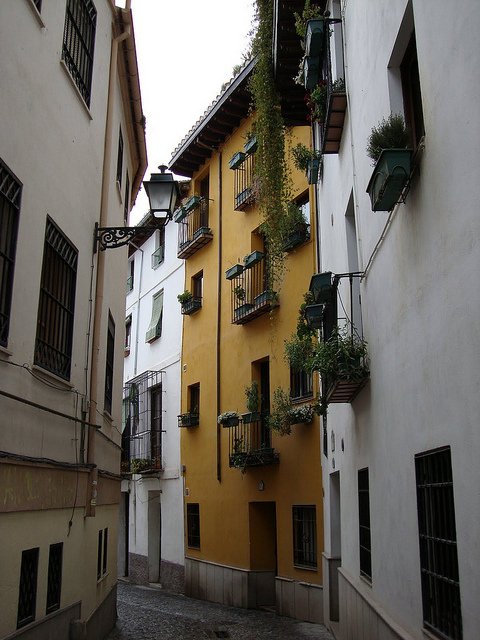