Although in the beginning it was not in our plans, while we were in the Plaza of the Pilar we decided to enter the Museum of the Roman Forum in order to ask the price. Because there was a special price to visit the four Roman museums of Caesaraugusta in Zaragoza (Roman Forum, Fluvial Port, Roman Theater and the Public Baths) so we bought the ticket. If you are a student or if you have the youth card, you will be able to visit the four museums for 5 euros. It is not necessary to visit all the museums on the same day, although they close at 2pm on Sundays. It was the first museum that we visited because it is just next to the Cathedral of the SEO. In fact the cathedral is built on the old Roman Forum. The situation is not by chance because it was the place where the main activity happened because it was close to the port, which was the most important point.

The museum, located below the present day Plaza of the SEO, allows you to see clearly the foundations of such an important place from the Roman ages. It’s interesting to walk around the galleries and to imagine how the life must have been in the past. Despite the passage of time, they have saved a lot of remains and you will clearly see the different parts that the forum had.

The Roman Forum of Caesaraugusta was built according to the orders of Augusto, amplified by the Emperor Tiberius. Not only will you see remains of the first age, but also of the second one. Basically there are foundations, with reproductions and models where you can see and learn about the meaning. The more curious thing for us was to visit the sewers and waterpipes. Who would have thought in Roman times that someone would be interested in walking through a pipe with dirty waters hundreds of years in the future?

This visit took us more or less 30 or 40 minutes, although if you don’t have enough time, you can walk quickly for the galleries and learn things about Zaragoza. Also, on the bottom floor there are display cabinets with common objects of the Roman ages. We ruskommend this museum with 5 boquerones.
[box type=”download”]

This museum showed us the symbolic nature that the city of Caesaraugusta had thanks to the River Ebro, which was navigable at the time and it was also the third most important port in Hispania. It was built more or less at the time of the forum and it was located at the highest part of the river. Inside, we could learn about the port activity of the city and the commercial importance that Zaragoza had. Apart from numerous archeologist remains, we saw models and reconstructions of how the activity was developed.

The thing that we paid most attention to was the size and the shape of the earthenware jars. Their size, which was very big, made us think about the difficulty of having to bring a lot of them on a daily basis. Their shape, which was ingenious, allowed people to pile the earthenware, jars in a more optimum way in the storage area of the boats. After arriving at the port, big warehouses were provided to store the wine, grains and ceramics.

We visited this museum in almost ten minutes. The key here is to stay for watching the projection that they gave you about the history of the fluvial port. We could not stay, but it is around 30 minutes. We ruskommend this visit with 4 boquerones.
[box type=”download”] This monument, so important in Roman life, is located a little bit further away than the last museums. Its size is really impressive and, in fact, it was one of the biggest theaters in Hispania. Although you can see the theater from outside, it worth it to enter in order to learn about the history. Also, the museum has been built on top of Jewish settlements and other cultures, so you can see the remains of these cultures as well as explanations about the history of the area.
[box type=”download”]

To learn about the more recreational part of the Roman people, which did not allow to them to have their own baths is very interesting. The public baths were the most important meeting point of plebeians and slaves in Caesaraugusta. They dated back to the age of Claudio or Caligula, and nowadays you will be able to see clearly some of the latrines and overall the “natatio”. The “natatio” was a swimming pool.

With these four museums we complete the archeological route of the Roman museums in Zaragoza. Without any doubt these museums are worth seeing although you might not have enough time in order to learn about the origins. Depending on your schedule you will be able to spend more or less time in the museums. Don’t miss the Theater and the Forum. The Public Baths and the Fluvial Port are less important, although this depends on the things that you like more.

I was born and raised in Málaga, Spain. After living in Madrid, Barcelona and New York, I've returned home to enjoy the sun! I love to share the places I discover and write about them.
Articles: 226 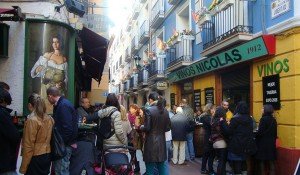 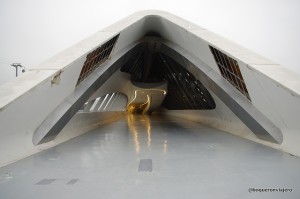