Travel to Aviles (Asturias) : A route around the city 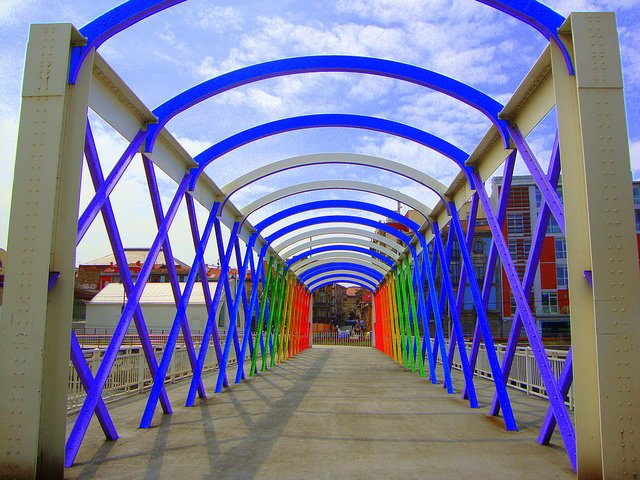 Aviles, with the Niemeyer Center lends its industrial side to the arts 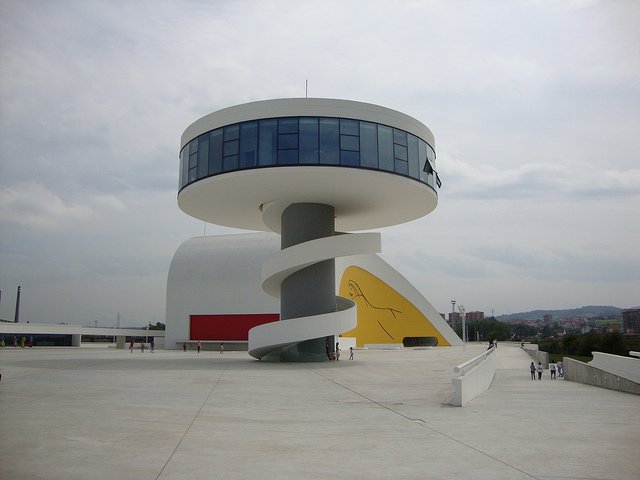 After we had a relaxing breakfast, we took one last look at the great hotel where we had slept, and promised ourselves we would return sometime soon. Then it was off to Avilés, a town that was not in our route, but the waiter had recommended the night before which was on the way to Cudillero, where we would sleep that night. 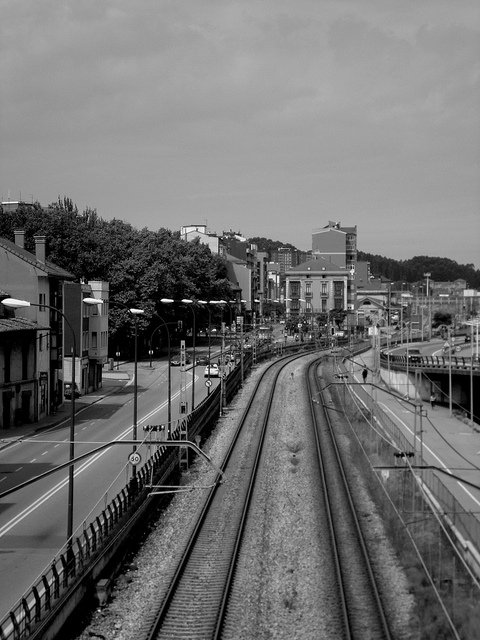 As we drove into the town we noticed right away that it was more industrial with factories and train tracks, also located on the Estuary of Avilés. It reminded Rusko a lot of Pittsburgh, Pennsylvania. Both were home to the steel industry and are now seeking to redefine themselves as cities with technology based companies and innovations for their industrial spaces. In 2008, Avilés was dubbed “Isla de la Innovación” or Island of the Innovation. 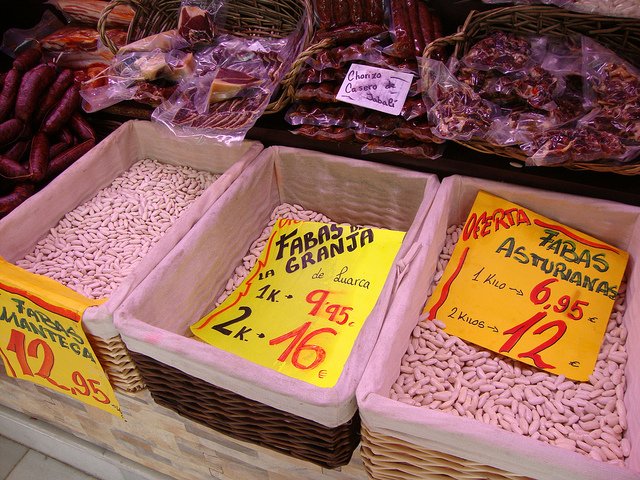 We parked the car and a friendly police man pointed us towards the historic center of town. The first thing that caught our eye was the church of the Parrish of Saint Thomas, Calle de Cuba. We did not have time to go inside, but the façade was similar in style to the cathedral in Gijón. The street near the church was closed to traffic and we wandered down it until we came to a stone archway which lead to the Plaza Hermanos Orbon, which held the Plaza Market. This turned out to be a great find, as it was a traditional market in the town that continues to function today. Inside we found butchers, fish mongers, fruits, vegetables, and stands with baked goods. Rusko tried a “bollopreñao” (which is literally translated to a “pregnant bun”) and is little piece of chorizo sausage wrapped in bread. At the price of 1 euro for three small “bollos” Rusko was delighted by his mid morning snack.

After visiting the market, we walked through the old section of town passing through the main square with the town hall and small side streets that held lots of tradition in their cobblestones and painted walls. Its true that this town had a different feel from Gijón and Oviedo (which we would visit the following day). We continued across a rainbow colored bridge to arrive at a new arts space called the Niemeyer Center, where there was a sculpture exhibit called “Los silencios de Colón” by Cristóbal Gabarrón and a spiral tower that brought us up to a lookout and cocktail lounge (it was closed, as we arrived at midday). The views, however, were spectacular and we could see the estuary and train tracks. It was that much easier to imagine Avilés as a bustling industrial town in years past. 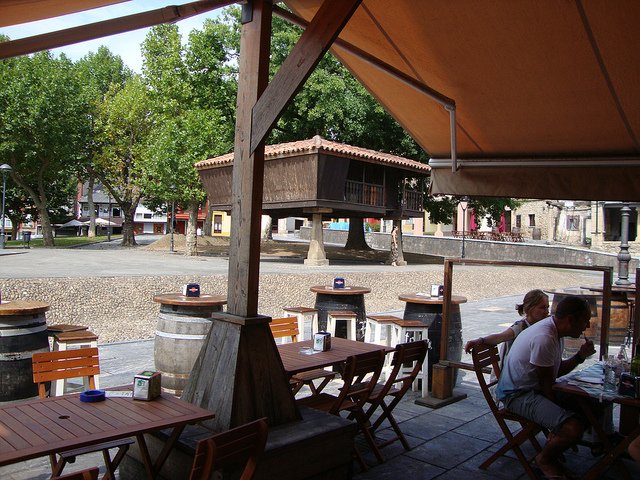 After visiting the Centro Niemeyer, we returned to the historic section of Avilés and decided that it was time to eat lunch. Walking back towards the car, upon the recommendation of the aforementioned friendly policeman, we went to Plaza del Carbayedo, but we did not like it. There we found the restaurant El Horreo. (A side note- “el horreo” is a small hut on stilts used to hold the harvest and protect it during wet and winter weather. This is a structure often seen in Asturias and it is a symbol of the region.) 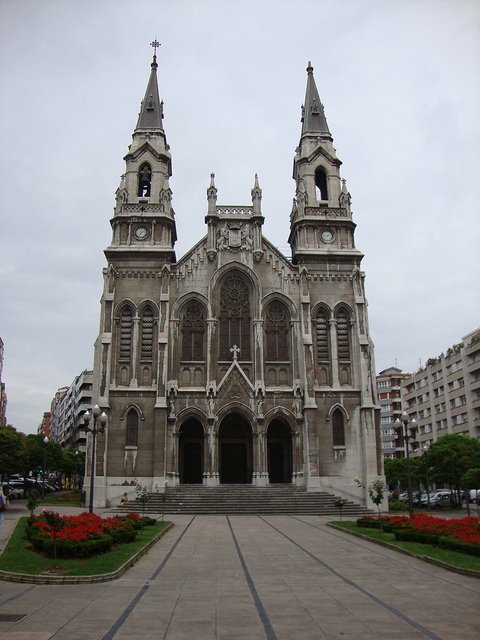 We ruskomend Avilés with 4 boquerones. Rusko enjoyed his morning in this industrial turned cultural center, but then again, Rusko always finds the contrasts more interesting (not only in his photographs, but in the places he visits.)