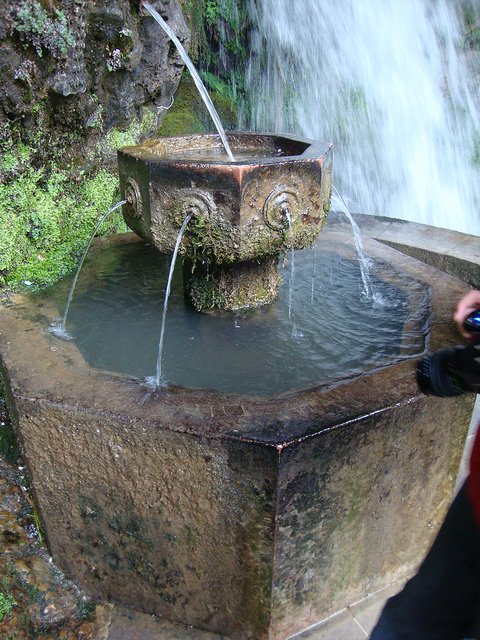 Covadonga: Beauty and fantasy; a visit to the lakes, the hermitage and the basilic 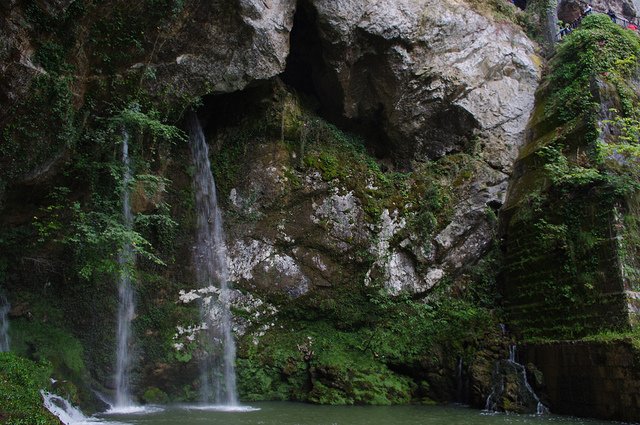 The second day dawned very cloudy. After visiting Cangas de Onís, we wanted to see the Lakes of Covadonga, its landscape and the sanctuary. You can go to Covadonga by car or by public transportation (you can only go up to the lakes by car between 8pm and 10am). There are four parking lots to leave the car between Cangas de Onís and Covadonga (Cangas Center, La Venta, El Bosque and El Repelao). There you can buy the bus tickets (7,5€, from 10am to 6:30pm) for going up to any point of Covadonga. 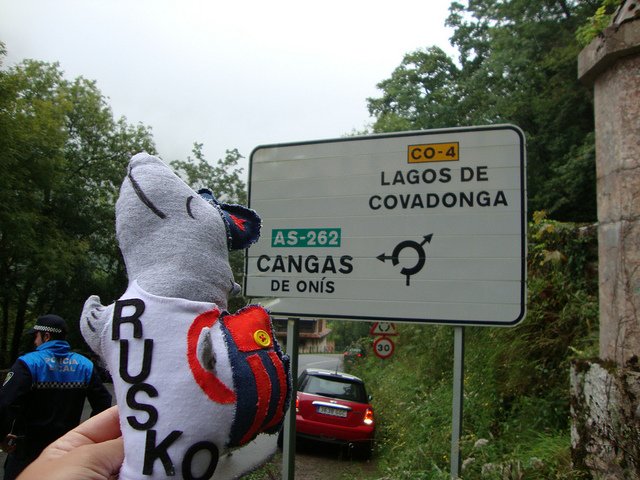 We left the car in the parking lot El Repelao, close to the waterfall and the sanctuary, in order to take the bus to the lakes. The day was very cloudy and we knew that we would not to be able to enjoy the landscapes in the same way, (although I think that it is worth it anyway). The road to the lakes is very dangerous because there are places that it is impossible for two cars to pass, there are loose animals and it is possible to find low visibility. At the top is the last parking lot (Buferrera) and the end of the road.

A route around the Lakes of Covadonga 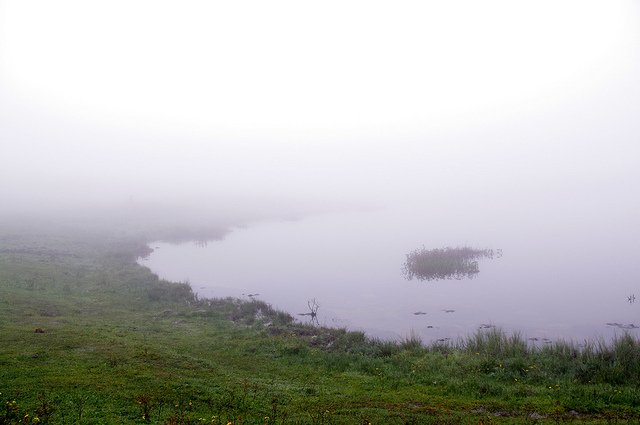 Upon arrival to the end, there is an information desk which shows you the different routes to follow. There is a short and a long route, and we chose the first one in order to see the most important sights (you can download the complete map here). We ruskommend the visit to this gorgeous place with 5 boquerones and really should do it. If the day is cloudy, how our case was, we will be able to let our imagination with infinite landscapes, apart from contemplating beautiful natural places or seeing animals run wild. 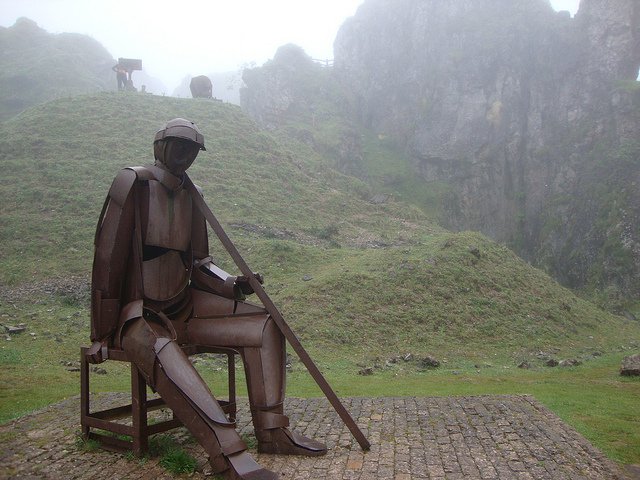 Our route was circular and the first stop was the Pedro Pidal Visitors Center (He was the Marquis of Villaviciosa and the first man who was able to reach the top of Peaks of Europe). The center showed us a recreation of what we were going to see in the park, through models and reproductions of the elements. Upon leaving we can see the Arboretum, with autochthonous species. We followed the path, totally guided, which give us beautiful views of this park and animals eating in freedom. 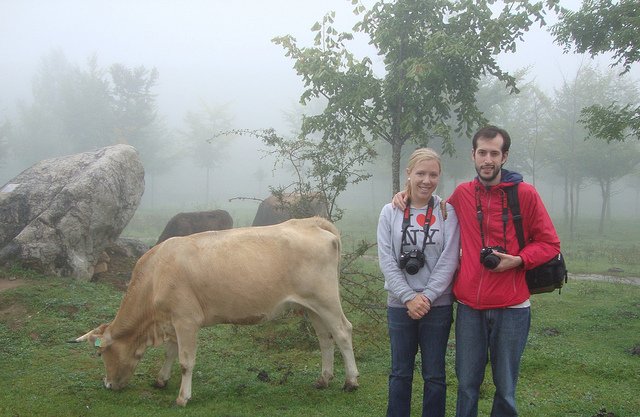 The next important point was the old Mines of Buferrera, where it was possible to get manganese until 1972. Now, we can find recreations of the galleries and elements that miners used to work, through which we can imagine how it might be in the past. After that, we found the first lake: The Lake La Ercina. Really, we couldn’t see the lake well because of the fog, so we resigned ourselves to using our imagination to discover what must have been behind. 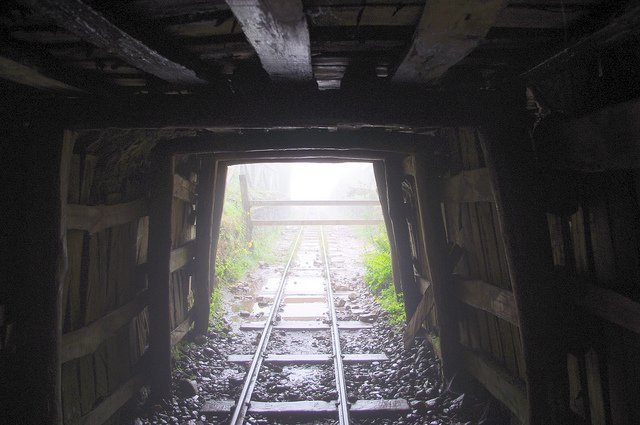 Between this lake and the next one, it is located at the Viewpoint of Entrelagos, a great point of interest if weather permits. Lake Enol is the second lake and it is close the end of our route. Walking to the lake, through the fog, the cows and bulls appeared as you were reaching the shore. The last point was the parking lot, where we took the bus in order to go back down to Covadonga again.

The Hermitage and the Basilic of Covadonga

Later, we went to visit the hermitage of the Virgin of Covadonga. Before that, in the lower part (the Virgin is in a high cave) we were able to see the source of the River Deva, which starts in the rocks and forms a beautiful cascade. Next to the cascade, is the famous Fuente de los Siete Caños. The legends say that people who drink from this source, will get married the next year (for us, we hope this will happen and just in case we increased the possibilities). 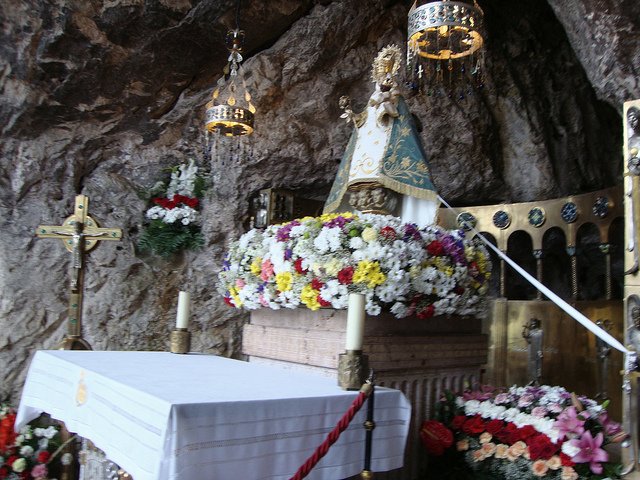 Going up the stairs put us in the base of the cascade, where the chapel of the Virgin of Covadonga is. It is curious to see some people going up the stairs and doing penitence, either kneeling down or praying. In the chapel it is forbidden to take pictures and it is very normal to wait a little bit in the line to enter. Inside, there is a little statue of the Virgin of Covadonga taking in her arms the Baby Jesus and gorgeous sights of Covadonga. Also, the legend says, there are the bones of Don Pelayo and his wife, although it is not proven. 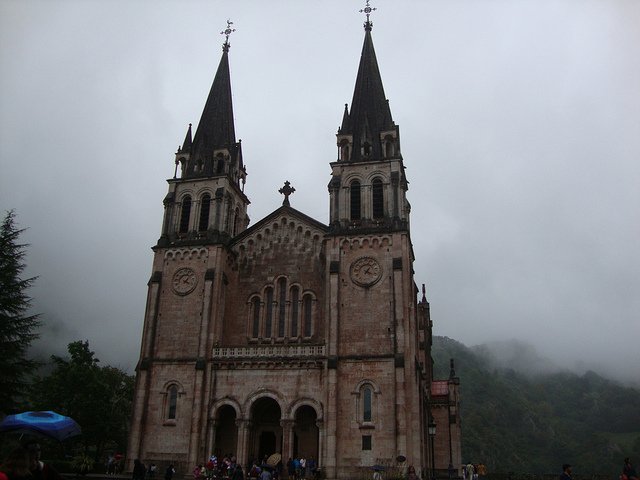 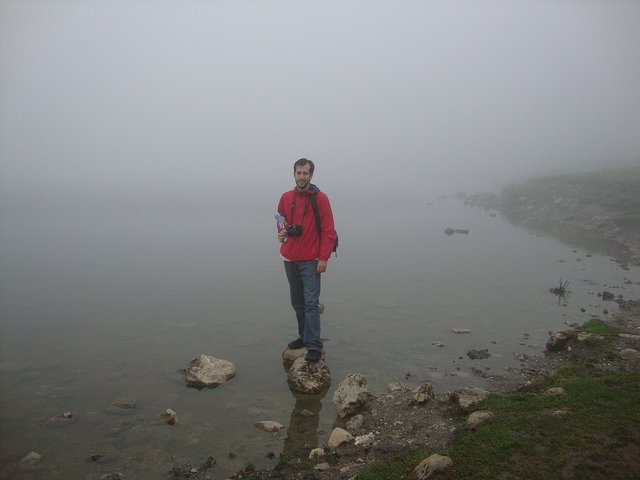