Travel to Gijón : A route around the city 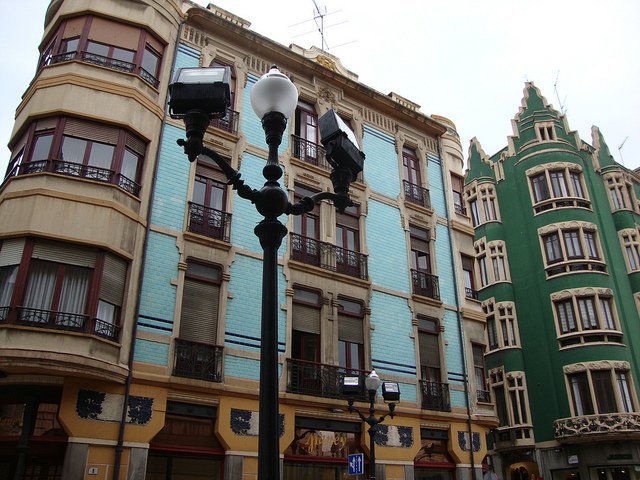 Gijón is a perfect balance of tradition and modernity

From Villaviciosa we continued towards Gijón. Along with Oviedo, Avilés, Langreo and Mieres, Gijón forms part of what they call the “Asturian eight” named for the geometric shape that you would see by connecting the cities with an imaginary line. The city of Gijón was capital of the Muslim domains in the transcantabric region in the middle ages until the year 713, but it was successful again in the seventeenth and eighteenth centuries when it began to trade with the American colonies. In modern times, Gijón is most known for coal and transportation along with the production of cider. 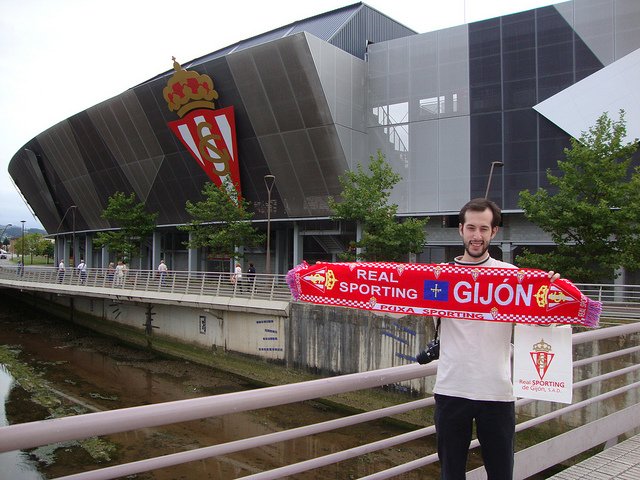 Upon arriving, we made a stop at the football stadium (El Molinón of Sporting de Gijón). Rusko is a fan of Málaga for football (but that is understandable because it´s his hometown…no fair-weather fans) however, he is a fan of the sport and always likes to visit the stadiums in other cities and collect their scarves. 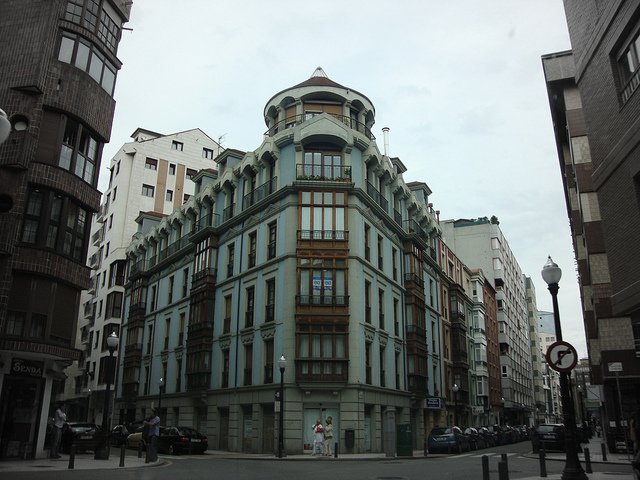 Then we entered the city and what impressed us most were the buildings and the architecture. A lot of people say that Gijón is not a particularly beautiful city, but that wasn´t our experience. There were very few buildings without white molding around the windows or painted rich colors like turquoise blue or dark green. It reminded us a lot of the 30s or 40s from the last century. It was a shame that we didn´t have more time to spend in the city and do a photo-portrait of its streets to show the beauty of the old mixed beautifully with the modern. 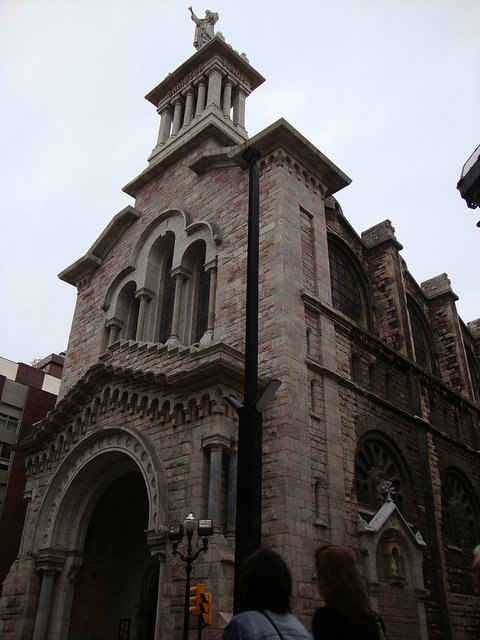 After parking the car we walked past the Church of San Lorenzo and the Jovellanos theater close to the Paseo de Begoña. The theater was impressive and the Paseo de Begoña is a wide street for pedestrians where there are a lot of terraces and people window shopping. We continued on to the boardwalk where we had a great view of the house of Jovellanos (a Spanish poet from the eighteenth century) that seemed like a cross between a palace and a church. Unfortunately, we didn´t have time to go closer and see the “Barrio de Cimadevilla”, because it was starting to get late. We had to drive another hour in the car in order to reach our hotel for the night, so we decided to have a coke with views of the sea and enjoy the atmosphere of Gijón. 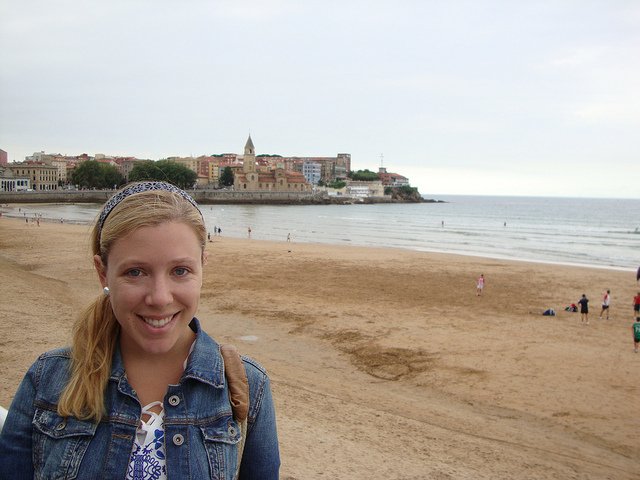 The cafeteria Nautico is located right on the boardwalk on the street Jardines del Naútico. It has an area that is a kind of lounge with wicker furniture and big white cushions with views of the sea. It was a great place to have a drink with friends or for a special date, especially because its views of the sea were unbeatable. The interior was more like a club or bar with its modern furniture and the black décor. There was also room to dance when at a certain hour they moved the tables aside. 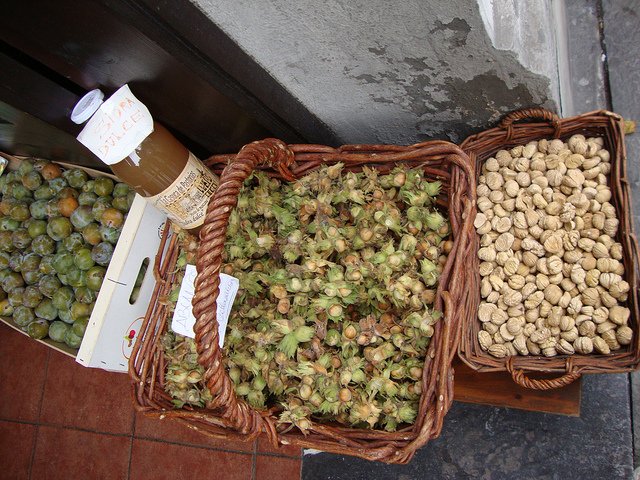 If we had had more time, we would have also liked to see the Termas Romanas which were constructed in the first through fourth centuries and were the public baths of the city. We also would have liked to go up the Torre del Reloj (Clocktower) to see the views of the city. Despite leaving these things for the next visit, we ruskomend the city of Gijón with 4 boquerones for its history and its streets with unique architecture. 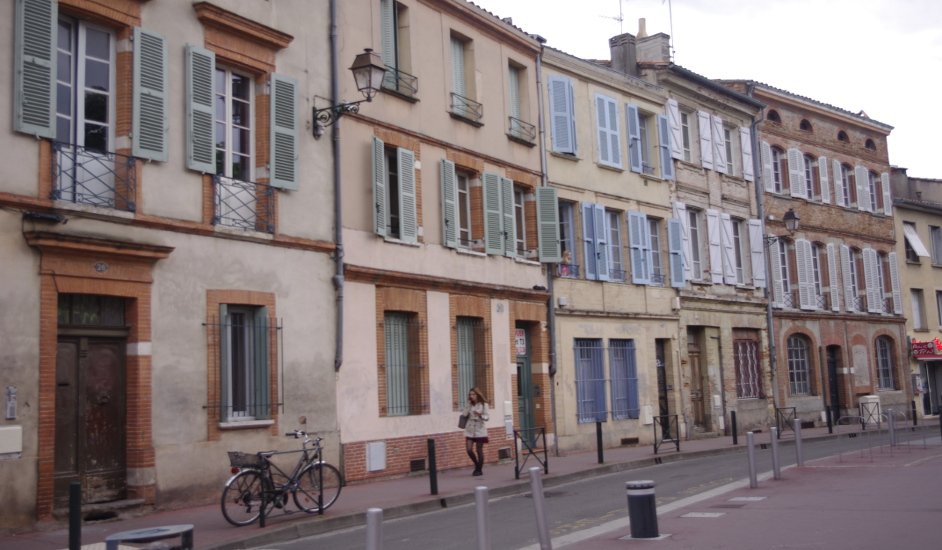