With no doubt the Park Güell has earned the fame, due to reflexing brilliance in any corner

Get the telephone and the address of Park Güell

The Park Güell is one of these architectural work arts that when you see, it proves us that the man is able to improve himself. Before talking about Park Güell it is necessary to know better the figure of the wise Guadí. Antoni Gaudí was born in Tarragona and he was one of the best exponents of the Catalonian modernism (there are interminable debates about this topic where we are not going to enter). When I see some of his work-arts I always think is the big ability of his mind for disfiguring the reality through the art, and pervading his unmistakable and personal hallmark. Anyone who has seen one of his work-arts and is walking around Barcelona will be able to recognize quickly another one from him. 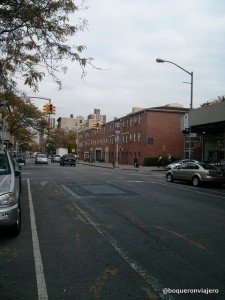 The Park Güell takes its name from the rich Catalonian entrepreneur Eusebi Güell, who bought and joined two estates (Can Muntaner de Dalt y Can Coll i Pujol) in the Mountain “Pelada”, in order to build the actual Park Güell. Güell, with the idea of making a project which he had in mind, shared it with his friend Gaudí that was the man who would execute the magical work-art. The continuous problems with the buildings provoked neither Güell nor Gaudí were able to see the official opening at 1926. From these ages on it has been one of the most visited places in the world.

We started our visit in the known as main entrance, because there are more entrances around the park. This is the one which took us directly until one of the most difficult points for taking a picture alone that I have found in my life. Really, the staircase which takes you until the “Hipóstila” Room is here, and where the famous (dragon or lizard?) is too. Despite of selling the idea of being a lizard, we preferred the dragon version. If you want to take a picture alone with the animal, I will tell you that is impossible, because you will have to share it (if you are lucky) with anxious tourists wanting to do the same that you.

On the contrary that you could think, the quantity of people did not decrease in the entire path around the park. To solve this point we finally decided to be concentrated in enjoying the spots, escaping from the people (although it is very difficult). At the end of the stairs there is a big room which made me reflexing. I was questioning myself how was possible to build something with too height using inclined columns with different angles and with holes among them. Logically, it was only Physic, but it did not avoid my impression. We saw here that it was typical that each group, couple or single took a hole among columns and took them a picture with the roof like back. 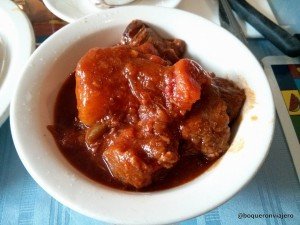 As if this weren’t enough beauty, above this room there is a big plaza of sand that probably brought you good memories if you have visited it. It is effectively the crowd plaza which has a majestic and unforgotten bench, with the finest Guadí style. With the shape of a snake, its beautiful tiles and its art in general, it is an obligatory motive to take a picture for everyone who visits the park. It is known as the Plaza of the Nature and the views are amazing.

Apart from the mentioned keys points, each corner in the path around the Park Güell reflect the style of the architect, who knew pervade his art even in the walkways. To cross from some areas to others Gaudí designed beautiful and big viaducts, for walking calmly even with carts. Some of them are the Viaduct of the Jardinières, the Viaduct of the Carobs and the Viaduct of the Museum. Other must see is the “Turó de les Tres Creus” (The Hill of the Three Crosses). It is the highest point of the park and you can get amazing panoramic. 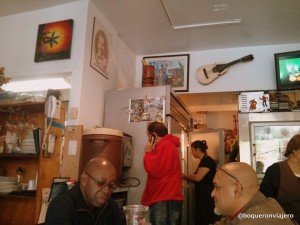 To finish and taking advantage of the visit we decided to visit the Museum of Gaudí. After climbing a long hill and arriving to the entrance, we took in account that we had to pay 5,50 euros. Being there and knowing that we are not probably going to come back, we decided to enter. The house show you some of the elements of the author not only in the exposed things, but also in the own architecture of the house. Under our point of view it was not worth to pay the ticket to enter in the museum, because it is a short visit for the paid price and we did not finish of grasp the essence of the architect.

In spite of the comments of setting a touristy rate, at the moment to enter in the park is free. If you go there walking from the subway like us, you must be ready to climb, because of being placed on the mountain, the hills and the stairs (although luckily some areas have escalators). With no doubt the Park Güell has earned the fame, due to reflexing brilliance in any corner. If you travel to Barcelona don’t hesitate to visit the park, because after one month in Barcelona we can tell you that it is an unforgotten place. We ruskommend Park Güell with 5 boquerones.

The dragon or lizard

Plaza of the Nature