While we were walking around the “Paseo de Gracia” in Barcelona, we realized that Casa Batllo offered a program called ‘Magic Nights’. It provides a unique opportunity to learn about the interior architecture, enjoy a drink and listen to live music.

Barcelona is full of surprising corners, magical places and historic buildings. But if we talk about buildings and architectural styles, one name comes to mind: the great Gaudí. Although Barcelona has seen many great architects, Gaudí left the city some of its most famous icons including the Sagrada Familia, Parque Güell, Casa Milá and, of course, Casa Batlló. During the month we spent living in Barcelona, we knew we had to visit this house. What we didn’t expect was that we would have the opportunity to spend an evening with music and champagne inside the famous home.

There are tons of articles with information about Casa Batlló and experts that write about the origins and the architecture of the home. For that reason, I’m going to focus on our evening spent inside this marvelous building. When you are in front of the building, just by looking at the outside, it is impressive with its stained glass windows and impossible looking shapes on the building’s facade. When you are inside, it’s like being transported to another universe where only the mind of a genius could have created such a thing.

This activity is offered every summer and is known as the “Noches Mágicas de la Casa Batlló” (Magical Nights at the Casa Batlló). It costs 29 euros, 8 euros more than the normal price, which I’m not sure if we would have paid, but this extra touch made it into a romantic date. We climbed up to the first floor where they offered us a glass of champagne and a little snack as we sat down at one of the tables in the living room. The truth is that this was a magical moment listening to a musician playing the guitar as we enjoyed eachothers’ company in such a beautiful building.

When the concert ended we took the requisite photographs, which were much more special than those you might take during the day when the house is crowded with tourists. Then we decided to explore the Casa Batlló. It really is amazing to look at all the details in the rooms, each wall and all the decorations. But that’s not all! There is also an open air terrace on the Casa Batlló which was perfect for this date, as you can see the walls and all the details that are the essence of Gaudí’s work. We ruskommend a visit to the Casa Batlló with 4 boquerones, but we up it to 5 boquerones if you choose to visit during one of the “Magical Nights” at the Casa Batlló. 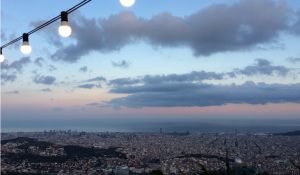 OK Apartment Barcelona, Comfortable Apartments with the Ease of a Hotel 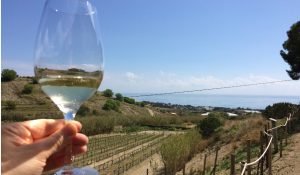 A Day in the Catalan Countryside with Devour Barcelona: Calçots, Wine and More 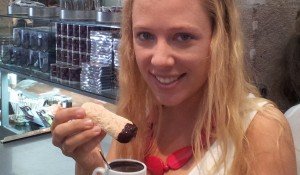 The Chocolate Museum in Barcelona, a sweet experience