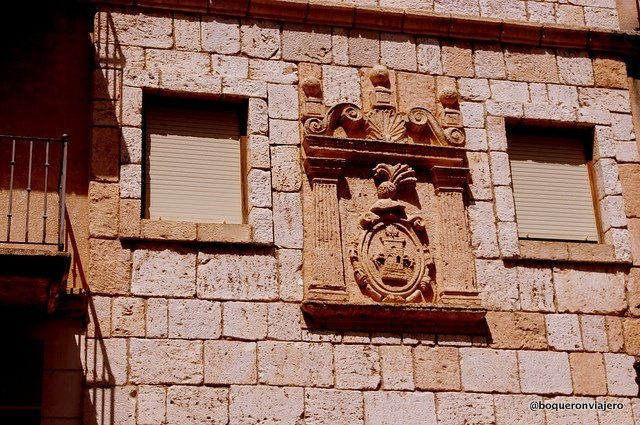 In spite of the heat, we enjoyed the Miguelitos form La Roda de Albacete

One of our favorite things to do in the summer is when we take a car trip stopping at different places along the way.  The feeling of freedom on the open road, to enjoy the scenery and stop wherever you feel like, doesn’t compare to any other way to travel.  After a weekend at the beach in Alicante, on our way back to Madrid we decided to stop at a little town called La Roda de Albacete. La Roda de Albacete is found about two hours from Alicante and when we arrived the streets were deserted, which was normal since it gets so hot in the summers.  Our first impressions were that it looked like a Castillian town, big with lots of architecture, but it wasn’t a good time to start our visit, so we decided to have some lunch at a restaurant called Casa Antonio on Calle Mártires, 14). It was a restaurant inside an old palace with interesting architecture.

The restaurant was a typical family restaurant with typical offerings from the area.  We decided to try the sopa castellana (a typical soup), revuelto de morcilla (scrambled eggs with blood sausage), patatas y pisto (potatoes with tomato and pepper sauce and cheese with rosemary.  After having eaten like kings at a reasonable price, the only negative comment we have for the restaurant is that they took a long time to bring us the check, and we actually had to stand up and give them the money after having asked for the bill four times.  These small details are easy to fix, but it is what sticks in your mind.

After thhe meal, we decided to look around the village a bit, in spite of the heat. One of the things that La Roda da Albacete is famous for is the route you can take through the town looking at the coats of arms on the buildings.  You can see different ones on many of the buildings in the town.  Another building that you can’t miss is the Church of the Savior (Iglesia del Salvador), which is found just as you go up the hill from Calle Cervantes.

Due to the heat, and the fact that we still had to get back to Madrid, we didn’t have time to visit much more of the town.  But, you didn’t think we could leave La Roda de Albacete without trying their famous pastries! No way! We bought a box of the authentic “Miguelitos de La Roda de Albacete” (a puff pastry with tons of powdered sugar on top and a vanilla cream in the middle) to take home with us.  We ruskommend a vitis to La Roda de Albacete with 4 boquerones.