Barrio de Salamanca, Madrid: We will keep you always in our hearts 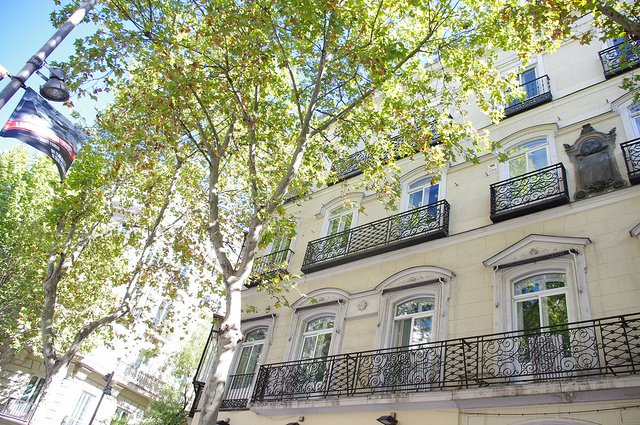 Chalk it up to nostalgia or just being grateful for the good years spent in “Barrio de Salamanca”, Madrid, I felt compelled to describe this neighborhood and what it has to offer the people who visit it. We lived in this neighborhood at two different times. After “Pintor Rosales”, it is our favorite place in Madrid. Barrio Salamanca is full of improvisation mixed with outstanding classicism. Travelling its streets feels like a journey through time.

Despite our love/hate relationship with Wikipedia, we went to them for some historical background. The “Barrio de Salamanca” was built because of an urban plan designed by Castro. Construction began in 1860 and ended in 1927. Before these dates, the area was a field on the outskirts of Madrid. The city of Madrid started at the gateway in Columbus Plaza. The name of this neighborhood comes from an architect from Malaga (surely he was Rusko’s distant relative), called Jose de Salamanca and Mayo. If there is one thing that impressed me in Barrio Salamanca, it was its architecture. The area is characterized by houses with huge doors for carriages, inside patios and balconies with decorated grills. As we were walking around or going to buy bread, we felt like we were in an architectural museum. If you have the opportunity of entering the houses and patios, you will be amazed! Another characteristic of Barrio de Salamanca is that there are always people of all ages out in the street! Walking around Barrio Salamanca is easy. I am not going to talk to you about the beauty of Puerta de Alcala, Retiro Park or Columbus Plaza (at least not in this article). I am also aware that you all know about the high commercial activity in Calle Serrano, which is famous around the world. However, I DO want to invite you to wander through the side-streets. You will be amazed by the details in the houses. A phrase from my grandpa is definitely applicable: “People don’t build houses like this anymore.” If Barrio de Salamanca stands out for anything, it is the terraces (a bar with the tables outside), the tapas and the restaurants around the area. There are numerous places where we toasted, where we vented after work, where we enjoyed the food. Since this is a nostalgic post, I’m only going to name my favorite places. If it works for making them more well-known it will be great. If not, it is just my humble thank you. This is an homage to them for their patience with us and for all the good moments: for making us remember our dear Andalusia, “Bar El Pescaito” (Duque de Sesto, 33); because it’s a pleasure to talk with these “cordobeses” and because of their amazing croquettes, “Bar La Croquetta” (Fuente del Berro, 33); for being a restaurant which won our hearts and received the “Golden Boqueron 2012”, “Restaurant De Pura Cepa” (Fuente del Berro, 31); and I want to finish with a special place for us, where my feelings for Abby blossomed, and consequently is a part of El Boquerón Viajero: Bar Starbeers (Don Ramon de la Cruz, 95). While you walk around Barrio de Salamanca, gaze around you, close your eyes and travel through time. Feel like a part of history, imagine yourself crossing with your carriage the doors of the houses and feel like a traveler in time. We ruskommend Barrio de Salamanca with 5 boquerones, due its history, its beauty and its atmosphere. My advice is to go to Columbus Plaza, look to the east and start to walk and dream. Lose yourself without fear to the streets.