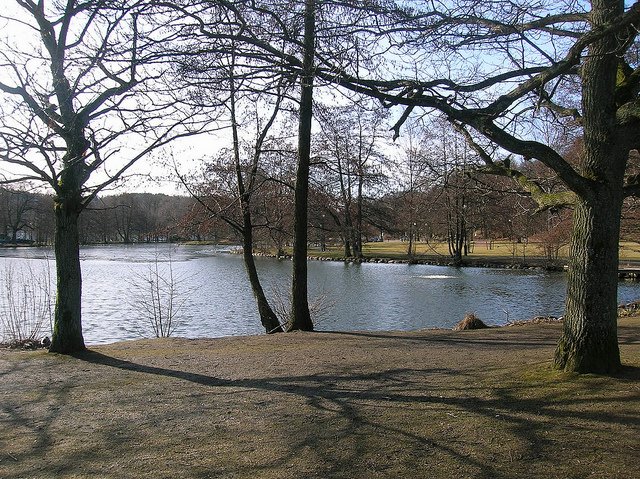 For a long time now, I´ve been wanting to include musical suggestions that I like to think go along with our articles. Maybe it is my own taste, you can feel free to ignore my ideas completely. However, if you happen to be reading this and choose to look up the album, I would like to recommend the sound track for this and the following articles on Sweden is an album by Jens Lekman entitled “When I Said I Wanted To Be Your Dog.” This was the album that was on repeat as I wandered the streets of Göteborg, Sweden.

My plane landed in Göteborg after an impossibly long layover in Germany on a freezing cold night. But what I remember most was the gorgeous sunset I saw from the plane window, along with the beautifully frozen looking countryside outside the city. It was what you would expect from a Northern country, something cold, and amazingly natural- like organic wheat bread. In fact, on the plane they had given us a meal with a cucumber and cheese sandwich, something apparently common in Sweden and quite tasty, although a far cry from any American or Spanish plane food I have tried. 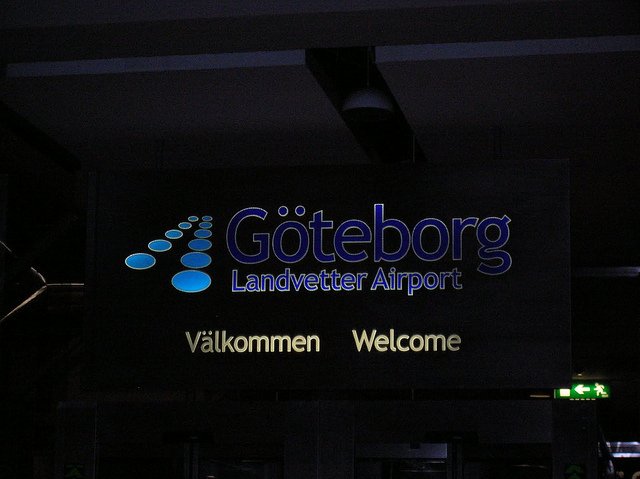 Luckily for me, because I don´t know any Swedish, my friend met me at the airport and we took the tram to her apartment. I was really looking forward to the trams due to the song on the album I mentioned at the start of this article, which is entitled “Tram #7.” In America, unfortunately, the whole tram thing died out a while back. My mother often recalls riding the trolley around Pittsburgh in her youth, and of course, the cable cars in San Francisco are famous (but then, they are famous because they are unique.) These trams were like settings for an indie pop album or maybe I´m stretching it a bit. In reality they were box-like cars that were something like an above ground subway crossed with a bus, and of course, set on its own track to travel around the city.

That first night, having arrived late, we went straight to bed in order to take full advantage of the following day of sight-seeing. My friend had prepared her own little tourist guide for me complete with maps and tips for getting around the city when you don´t speak the language, so I was very eager to get started. Although, I will admit, it was daunting to be in a country where I did not know the language and the monetary unit was something totally unfamiliar as Sweden does not use the Euro. Nevertheless I went to bed with the knowledge that the next day would be filled with lots to see and do. 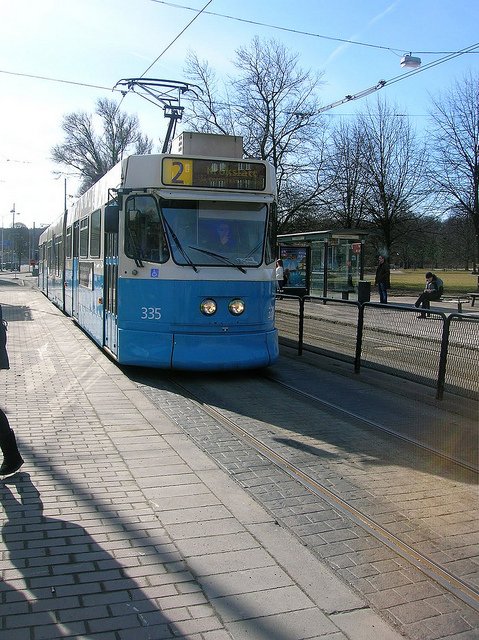 My first stop the following morning ,after breakfast at my friend´s flat, was Slottsskogen park. This is a huge public park that spans 137 hectacres and is easily accessible by the tram. I was surprised to find a sort of miniature zoo with some kind of bird that looked like a black swan (and it very well might have been, but as all the little labels were in Swedish, I can only assume.) There were also lovely landscapes, and trees that were still bare with their twisting brown and grey arms, but what I liked most was the lake area with a huge lawn that reminded me a little bit of Central Park in that it would be the perfect place to have a baseball game or a soccer match in summer. Even though I was visiting on a Friday, as I walked through the park there were a good number of people out walking. What surprised me, however, was the fact that there were a lot of people walking with professional looking walking sticks, as if they were going on a long trek.

After passing through Slottsskogen Park I navegated my way across the huge street and came to the BotaniskaTrädgarden (Botanical Gardens).The gardens are supposed to be the biggest botanical gardens in Sweden and feature lots of themed areas like the Japanese garden. My favorite part, however, was a strange little stone door that I found atop a make shift stairway. It seemed like something right out of a children´s book, as if the little Hobbits had constructed their own small nook for sharing nuts at the top of this hill. There were also trees and what I´m sure are, in springtime, gorgeous garden plots, but as the flowers had not yet bloomed on my visit, it is yet another reason to go back to Göteborg. 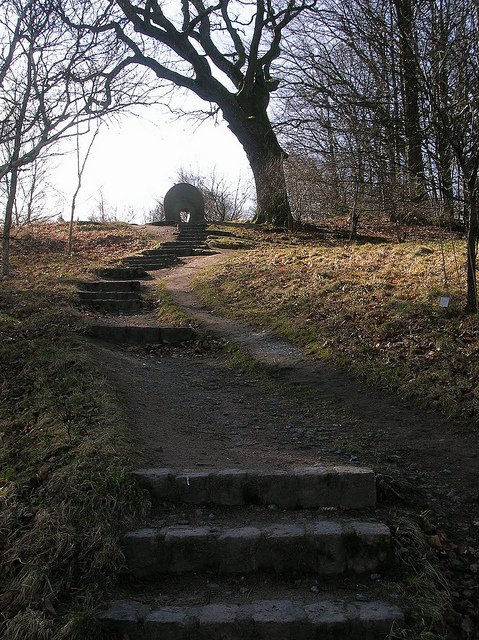 From there I took the tram to the older portion of the city,(the Haga district) getting off at Järntorget. The plaza itself seemed like any other plaza in the city with a fountain in the middle, something that looked like a chain store, and the tram stop, however, as I wandered back through the streets searching for a special chocolate shop my friend had told me about, I realized that this area was special. The streets were all made from cobblestones and the buildings were so flat! Maybe that doesn´t make much sense, but it was almost as if someone had drawn the buildings with a ruler, and since there was no sidewalk, it seemed like the building ended almost too abruptly. I was struck by the simplicity and starkness of it all. Then I began to think about how this area must have been years ago, in the middle of winter with a grey skyline, lots of snow, and a few scarce hours of daylight. But amongst all these flat buildings were some really neat little locally run shops selling all sorts of things from yarn to children´s toys to sweets. 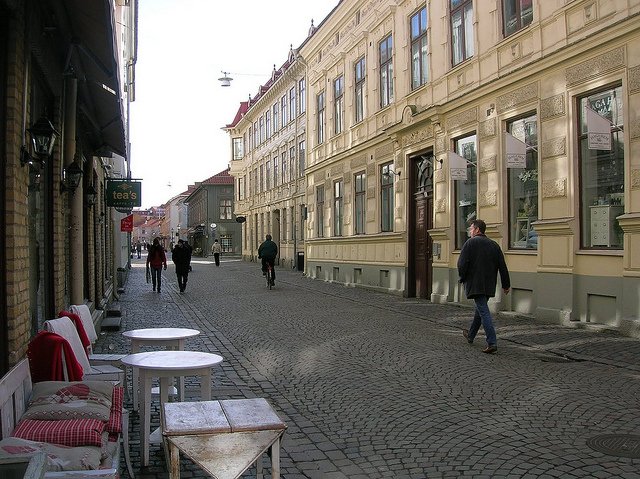 My favorite shop, however, was the chocolate store my friend had recommended. The place had a little lime green awning and was painted a creamy white. Inside this tiny shop were glass cases filled with chocolates that had all different concentrations of cacao. There were all different colors ranging from a soft creamy milk chocolate, pure as snow white chocolate and dark chocolate that was almost black. At first I wasn´t sure how the shop worked, but I watched the woman in line ahead of me choosing her chocolates, and when it was my turn I pointed out 6 different chocolates to try and paid using a bill that I was sure covered the cost. I put my change away and as I stepped back out into the cold morning let the bitter sweet dark chocolate melt on my tongue. 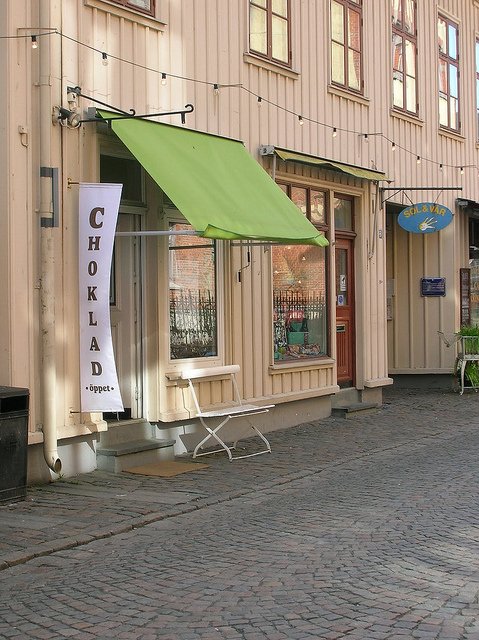 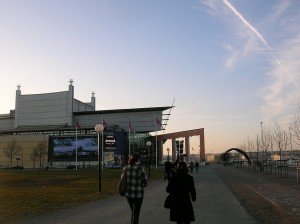 Travel to Gothenburg, Sweeden: The charms of the city (3/3) 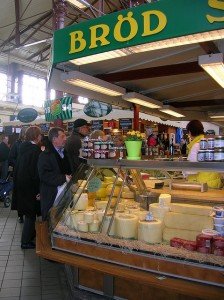 Travel to Gothenburg, Sweeden: The charms of the city (2/3)