There are a lot of things to do in Philadelphia, aptly named the “City of Brotherly Love” Philadelphia, known as the “City of Brotherly Love,” is a city that we loved from the first minute. I have to admit that the rivalry between the Steelers and the Eagles, the football teams from Pittsburgh and Philadelphia, made me a bit biased up until we decided to visit. My mind was definitely changed and it went from being a city that we were excited to visit to a city where we could see ourselves living one day.

And the list of things to do in Philadelphia is never ending. But even so, Philadelphia is a perfect size, has tons of art (street art as well as museums), and we found charming cornings, and as the nickname states, the people- with a multicultural mix and a growing latino population- it is, definitely the city of “Brotherly” love. On top of all this, the trip from New York City to this city in Pennsylvania is just over an hour by train. Hang on, because here comes the best part!

Take a walk through the historic section where everything began To take a walk through the center of Philadelphia is to remember (or learn) about the history and the roots of the country where we live, and where Abby was born. Without a doubt, there are two key points in this area that you have to see in Philadelphia: The Liberty Bell and Independence Hall. This majestic space is where the Declaration of Independence was signed in 1776, which made way for the later Constitution of the United States. You can also visit the Betsy Ross House where it is said that the first flag of the United States was made and the National Constitution Center which is dedicated to teaching the public about the Constitution. We liked it a lot!

The tradition of the Mummers in Philadelphia To go to Philadelphia without knowing about the Mummers is almost a sin. This tradition, which we talk about in our article about the Mummers Museum, dates back to the beginning of the 20th century. Different groups from around the city, dressed in their best costumes and after practicing all year, parade through the city competing for different prizes. The parade happens each year on New Years Day, although we ruskommend the museum as a way to learn about and understand the meaning of this special Philadelphia tradition. One thing that really surprised us in Philadelphia when we visited was the amount of street art we saw. Philadelphia is a city that, just like our beloved Pittsburgh, has figured out how to reinvent itself through art. The graffiti and walls with murals made from recycled materials and bits of glass have become an attraction in this city. In fact, there are more than 4,000 painted murals and the house where they make murals using glass has an impressive yard that you MUST see! What’s more, it is common to see artists or musicians in the street.

The Museums in Philadelphia One of the things that you should see in Philadelphia if you have the time, are the museums. There are all kinds: You can learn about history through the National Constitution Center, Benjamin Franklin Museum, City Hall Visitor Center or The Battleship New Jersey, which is a boat where you can learn about different naval battles. Or if you are looking for art, there are museums such as the African American Museum in Philadelphia, James A. Michener Art Museum, Pennsylvania Academy of Fine Arts or the Philadelphia Museum of Art (which we’ll talk about in a bit).

The Latin Rhythm in the City

The “Barrio del Centro de Oro” is the Latin neighborhood in Philadelphia. The growth of the Latin community, now on it’s fourth generation, is really impressive, and if you want to experience the environment with authentic flavors and rhythms, the Centro de Oro is a must see. There are restaurants from all different Latin American countries, flamenco, family owned shops and art which allow Latinos to connect to their roots and visitors to get to know and enjoy their culture. Since I am a latino, I definitely ruskommend this area! Is there really anyone who has visited Philadelphia and hasn’t tried this delicacy? It is definitely the most famous food from the city and a cultural icon. This delicious sandwich is made of thinly sliced beef, cheese (you can choose between American or Cheese Whiz) and the key question (with or without?) which is to say (with or without onion?). All this on the characteristic Italian roll. It is an informal food that you should eat on the street! Where to get one? We can show you the best places to find a Cheesesteak in Philadelpia.

The food at Reading Terminal Market We love trying the local food that is made with love, and we found this market that is a perfect place to sample local treats. Although there is a lot of noise, and the prices are normal, there is a large variety of artisanal products including desserts, meats and cheeses. There are also restaurants in case you get hungry or if you want to eat the farm fresh products there. Along with all of this you can also see the Amish selling their own products once a week in the Reading Terminal Market. Who hasn’t heard of Al Copone and the crimes he commited during his life in the United States? He may be one of the most famous faces to the Italian Mafia, and his cell is one of the most impressive at the Eastern State Penitentiary. This was the first real penitentiary in the world that was designated for the inmates to reform themselves. The center maintains the original cell blocks and the remnants that they were able to preserve. The visit is so jarring that the tour “Terror Behind the Walls” (featured at Halloween) is considered to be one of the scariest in the country!

Pretend to be Rocky for a few minutes We have all seen (even if just once) the famous Rocky movies. To visit Philadelphia and not run up the famous steps of the Philadelphia Museum of Art would be a crime for any movie lover. Don’t worry, you will not be the only one looking “silly” imitating the boxer. Although, if you have time, you really should visit the museum as well. With more than 200 galleries, and 225,000 works of art, there is a lot to see!

Philadelphia is known for its great sports fans and the different teams the city calls their own. Although I have to admit that I’m a Steelers fan, their biggest rival is from the same state: The Philadelphia Eagles. We can also enjoy baseball (Phillies) competing against my team (the NY Mets), hockey (Flyers) and of course the historic Philadelphia 76ers in basketball. If you are a sports fan, like me, in this city you will definitely find a team to cheer on! **We were invited to visit the attractions for free by the Philadelphia Tourism Office. In no way were we swayed to write a positive review. As always, all opinions are our own. 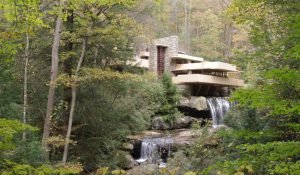 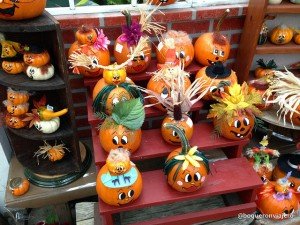 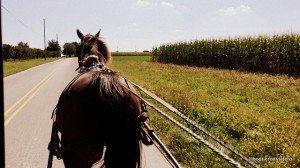 Digging deep into the Amish Community in Lancaster, Pennsylvania