Triana, the neighborhood where my love affair with Spain began 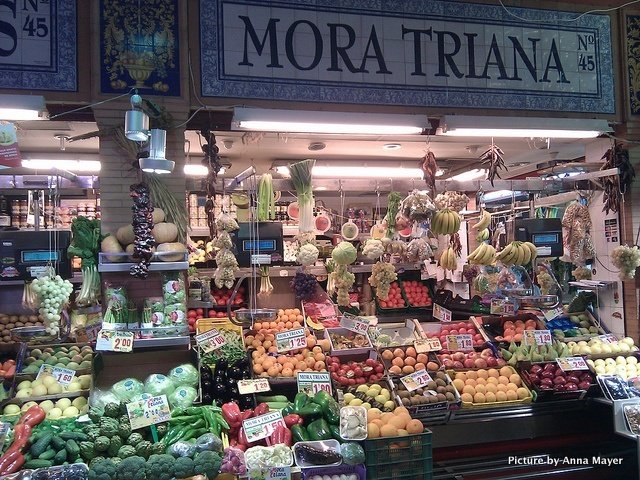 The neighborhood of Triana in Sevilla is everything you want in Spain. It is a town within a big city, full of spirit, culture and pride.

In January of 2003 I walked up to the door of an apartment building in Triana, the quintessential neighborhood in Sevilla. I found the right number and pushed the buzzer with the words tumbling out of my mouth “hola. Soy la Americana.” My adventure in Sevilla was about to begin. Soon after I was sitting around the brasero (a little round table with a small space heater underneath and a thick blanket pulled up over my knees.) The “señora” was serving us Maria cookies and Cola-Cao brand hot cocoa.

“You are very lucky,” she told my roommate and I in Spanish. “You are lucky because Triana is the BEST neighborhood in Sevilla.” I would later come to find out that there were many more neighborhoods to love in Sevilla, but it’s true that Triana has a special magic about it. Want to know why? Here’s a few reasons that Triana should be on your list of places to visit. This is my favorite bridge to cross. I used to walk from my host family’s home in Triana to the university (about a half hour’s walk) each morning. I would cross this bridge and enjoy the view of Sevilla’s skyline with it’s cathedral and the giraldillo (a weathervane which represents “faith” and is one of the trademarks of the city).  You also have a great view of the bull fighting ring and, of course, the Torre de Oro, a 12 sided tower built in the year 1220 as a watchtower on the Guadalquivir River. On the way into Triana, you can enjoy the colorfully painted homes on the Calle Betis along the river. It is a gorgeous walk and well worth your time! As you crossed the bridge, you may have noticed that just as you arrive on the Triana side, there is a small chapel. This is the Capilla del Carmen. It is a well known landmark, built in the Moorish revival style and boasts beautiful tilework. This Chapel has a strong following, and one of the brotherhoods that marches in Sevilla’s famed Holy Week processions is associated with this Parish. Due to it’s location on the river, it only makes sense that the “Virgin del Carmen” is known as the protector of sailors and seagoing.

This is the main plaza when you cross the bridge into Triana. Triana is known for it’s bullfighters and you will find a statue of Juan Belmonte, one of the more famous ones, in the center of the plaza.  This is a meeting place, and the true beginning of the neighborhood. Here, in the month of July, they set up the main stage for the Velá de Santa Ana y San Juan (a kind of mini fair with little stands selling food and drink). You can enjoy flamenco competitions and music. This is the street found just on the river’s edge. There are bunches of restaurants and bars to enjoy tapas as you look out across the river towards the city center. It’s an ideal place to take a walk and, for those who are photography aficionados, it’s a gorgeous place to take photos of the city. Located just next to the Capilla del Carmen in the Plaza del Altozano is Triana’s covered Market. I’m a huge fan of visiting the marketplace in any city, and Triana is no exception. This is a great place to get a feel for the neighborhood with the people shouting and buying produce, meat and fish. The stands are decorated with classic tiles (azulejos) and it is well worth a visit if you want to get a real feel for the local culture. The main commercial street in Triana is Calle San Jacinto. It has tons of little local businesses where the shop keeper will often call you “mi ‘arma” (literally “my soul”, but it is a term of affection used mainly in Sevilla, which is the equivalent to our “honey” or “sweetie” in English). It is a great place to take a walk and possibly get a good buy on alpargatas (espadrilles). This tiny street is found next to the old castle of Saint George, which was where the heresy trials and the court of the Inquisition were held. The accused were lead down this alley to jail or to the bonfire if they were found guilty.  You can still see the archway, which has become something of a historic landmark in Triana. During much of the Spring I spent in Triana, I would see different hermandades (brotherhoods) practicing for the famous Holy Week processions. You can read about my own experience playing the trumpet in the Red Cross Band  during my time in Sevilla here. However, if you are visiting during Holy Week, Triana has some of the best processions with intense followings. Two of the most popular are “La Esperanza de Triana” (Our Lady of Hope of Triana) and “El Cachorro” (which is literally translated as “the puppy”). El cachorro has nothing to do with a small dog, however. It is actually in reference to a gypsy who was nicknamed “Cachorro” and when he died, was used as the artistic inspiration for the sculpture of the dying Christ. The sculptures on the “pasos” (floats carried by a strong group of men through the city streets) are quite impressive, especially at night, as they are lit by hundreds of tiny candles. From July 21st through the 26th, Triana hosts it’s own smaller version of the famous Sevilla Fair. There is music, dancing and tons of delicious food and drink every day along Calle Betis. The first night there are fireworks that can be seen from the Puente Isabel II. It is a huge street party and everyone from both sides of the Guadalquivir comes out to enjoy. We can’t talk about Triana without enjoying a few delicious tapas. Triana, is known for it’s small plates served up with ice cold beers. What could be better on a hot day?  While you might be tempted to try the tapas bars on Calle Betis for their amazing views, I would encourage you to walk a bit farther and try some of these other options. Casa Cuesta, C/Castilla 1 is over 100 years old. It was founded in 1880 and offers a long list of tapas daily. Sol y Sombra, C/Castilla 151 This is a perfect stop if you are looking for a tapas experience with a bit of bullfighting and April fair thrown into the décor. I remember visiting this bar and being shocked by the bull’s head hanging on the wall, but the tapas are great, and the atmosphere is authentic. La Oliva, C/San Jacinto 73 is another great option if you are looking for typical Andalucian fare.  My favorite choices? Ham croquettes and the Serranito (a sandwich made with a slice of grilled pork, Serrano ham and a sautéed green pepper.) This may not be an exhaustive list of everything Triana has to offer. I didn’t mention the first time I tried snails sitting in a bar at the end of Calle San Jacinto as I watched everyone walk past on the sidewalk. I also left out the delicious family run pastry shops where you absolutely must try the chocolate napolitanas or the giant chocolate dipped elephant ear cookies along with your café con leche served in a glass, not a coffee mug. The smell of olives as the families sell them on the street corner, the little paper shops with their notebooks, newspapers and old men chatting about the news and weather. Triana is everything you want Spain to be, and more. It is a small town within a big city, full of spirit, culture and pride. This is the neighborhood where my love affair with Spain began, and I really do hope you love it just as much! 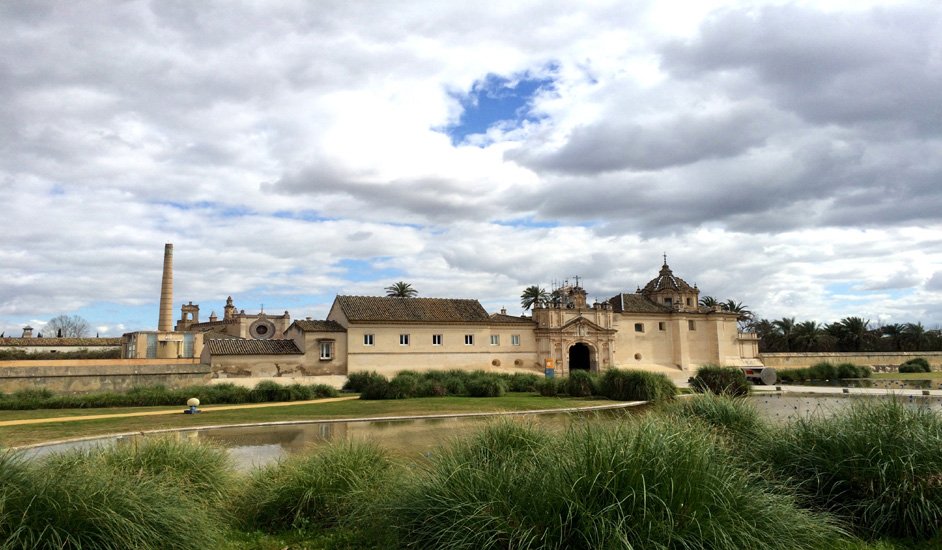 Andalusia
The CAAC Sevilla, a beautiful monastery with contemporary art 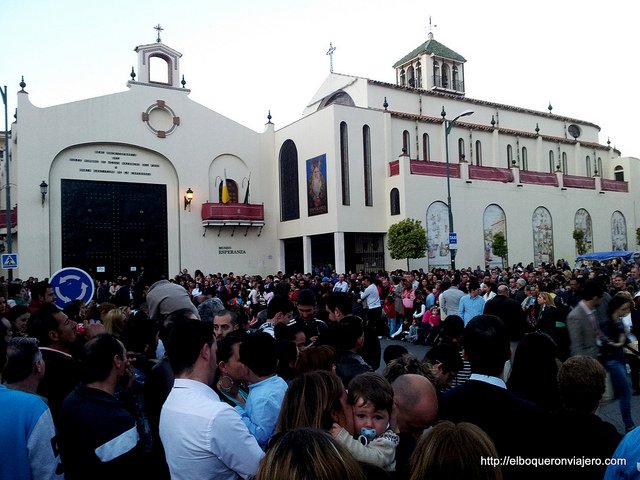 Andalusia
Where to stay in Seville? Here are our 7 top pics